What Are the Odds of Beating the Bulls on Friday? 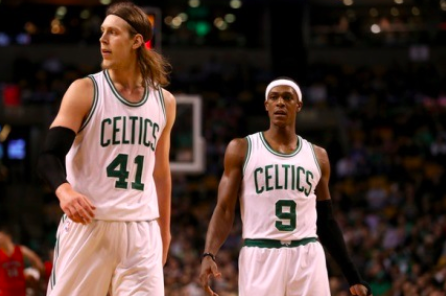 After a four-day break, Boston’s brutal November schedule resumes this coming Friday as the Celtics play host to their Eastern Conference rivals Chicago Bulls. The Bulls are coming in having lost three of their last five, but just pulled out a gutty victory on Monday against the Jazz.

Sportsbook Topbet.eu is posting NBA betting odds in favor of the Bulls for Friday’s game but with Rose's health in constant question, the Celtics definitely have a fighting chance of scoring the upset.

It’s not like beating Chicago is so rare. The C’s beat the Bulls at home, 106-101, earlier this month. Kelly Olynyk scored 18 points and grabbed 11 rebounds to lead the team, but seven players scored in double-digits.

Olynyk will need to bounce back significantly if he’s going to contribute this week, after struggling against Portland. Olynyk was held scoreless in 27 minutes of action as he went 0-for-3 from the field and finished with just one assist. That’s surprising considering he touched the ball 50 times on Sunday night, according to the NBA’s player-tracking data.

For the Celtics to beat the Bulls, it is a must for Olynyk to be more aggressive on the offensive end. Olynyk is averaging 11.8 points and 6.1 rebounds per game this season as he has proven to be a vital cog in Brad Stevens’ offense with his ability to stretch the floor leverage his outside shooting.

That will be crucial against a Bulls frontline that will try to dominate the interior now that Pau Gasol is back in action. The Spanish star scored 23 points and hauled in nine rebounds for Chicago in their 97-95 win over the Jazz on Monday night.