The return of the 'real' Rajon Rondo (triple-doubles and all, with video) 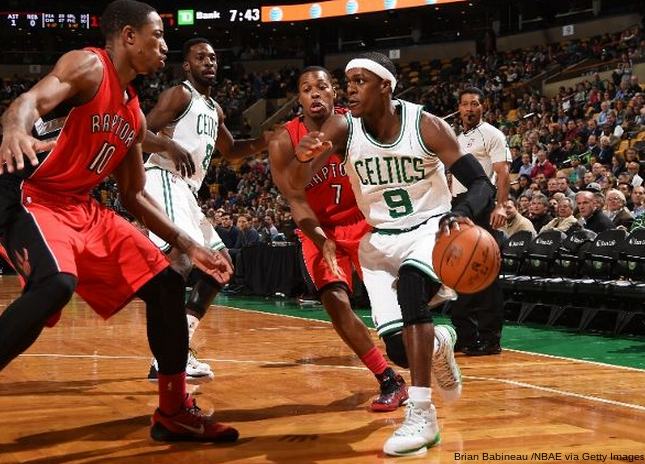 At this point, isn't it safe to say that the pre-ACL tear Rajon Rondo is officially back?

Last night Rondo posted his first triple-double of the season, totaling 13 points, 10 rebounds and 15 assists.  He shot 5-8 from the field and 3-4 at the free throw line.  Rondo has flirted with triple doubles in all four games this year, and is currently averaging 9.3 points, 9.0 rebounds and 12.5 assists per game.  He's posted at least seven rebounds and eight assists in each outing, and the 12.5 assist average is leading the league.


If you count playoffs Rondo has 30 triple-doubles in that span, LeBron only has 28.  And last time I checked, James didn't sit out for a season either.  NBA triple-double stats have not been well kept historically, but since 1985 just five players have more of them than Rondo.

Here's what Raptors point guard Kyle Lowry said after dropping 35 points of his own last night:

Lowry on whether C's are a threat in division: "Yeah, they play so hard, man." And on whether Rondo's back: "Well, he had a triple-double."
— Ben Rohrbach (@brohrbach) November 6, 2014


And with plays like this, Rondo's 360-degree court vision seems to be in good shape as well: