Sorry NBA, Rajon Rondo is not for sale ... yet 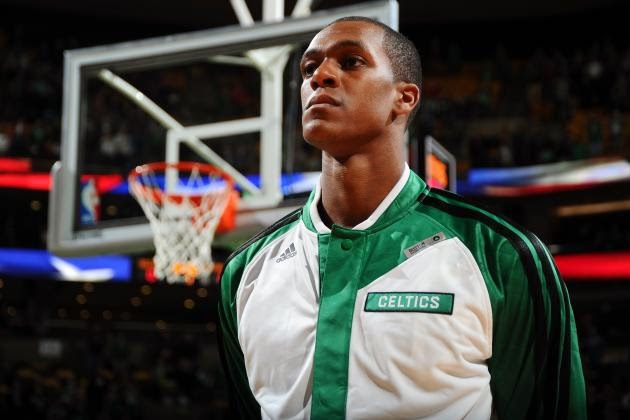 Death, taxes and Rajon Rondo's name being linked in trades. You just can't avoid it.

Rival executives have told Howard Beck of Bleacher Report that the Celtics will not trade their captain before the February 19th trade deadline.


"They're definitely bravely saying they won't trade him at this point," said one general manager, who nevertheless added, "I definitely think it's the right thing to trade him. I think Danny knows it."

It's no secret that Rondo will be looking for a max conract deal. Financially, his best bet is to stay in Boston where he can get a 5 year $106 million deal, while if he leaves he can only earn up to $79 million on a four year contract.

Rondo has been putting up impressive numbers almost averaging a triple-double on the year leading most, including Danny Ainge, to believe he's in for his best year as a pro.


"This is going to be his best year of his career, I think," Ainge said, though not because Rondo is on any sort of salary drive. "Knowing Rondo, he just wants to show that he's one of the elite point guards in the NBA again. But yeah, he is a foundational piece that we already have that's right there. But there is uncertainty for this upcoming offseason."

With his knee fully healed the point guard is trying to do just what Ainge said, prove that he is an elite point guard. His old teammate and former Celtic captain Paul Pierce also marveled on what a healthy Rondo can bring to a team.


"He looks like he's finally healthy now. He looks like the floor general. He's moving well. He looks stronger, finishing. I mean, he looks great out there, man. He's one of the top five point guards, man, if he's healthy."

Rondo even attested to the process he's made over the past two season.


"My body feels a lot better, my legs are a lot stronger," Rondo said, comparing his play now to last season, when he was just making his way back. "I can get into the paint a lot easier now, this year. Last year, I was pretty slow. So this year I'm a step faster."

Call Rondo what you want.

Rondo can play and at a high level, but can you win with him?

He certainly had people doubting him and his team after 3 straight fourth quarter collapses that included a botched attempt at a buzzer-beater against Cleveland.

Those were final seconds against the Cavs were a max-contract moment and the star point guard feel short.

So sure, Ainge says that Rondo won't be traded now, but when has Danny ever revealed his hand before he had to?

I'm not saying that Rondo should start packing his bags, but I'd probably hold off on buying a number 9 jersey in the pro shop for now.

Read more of my work at here