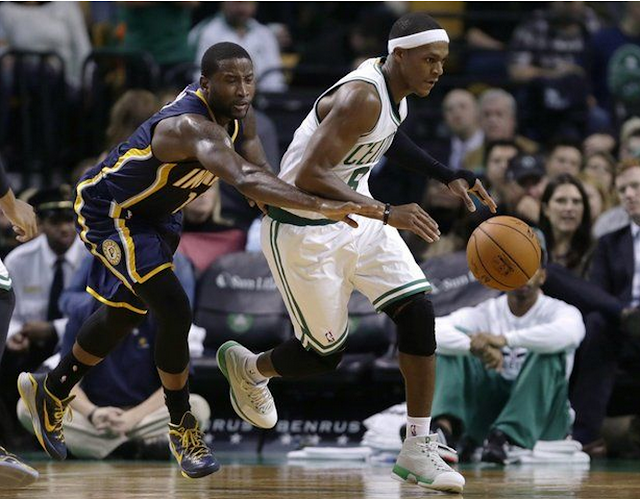 WALTHAM – Two days after a minor procedure to remove screws from his surgically repaired left hand, Boston Celtics star Rajon Rondo still appears on track to practice Tuesday and return to the lineup the following night against the Oklahoma City Thunder.

“He’s going to see (team doctor Brian) McKeon again in the next hour or so and then we’ll have a little more information,” head coach Brad Stevens said Monday morning before practice. “But every indication is that he should be good to go on Wednesday (against the Thunder).”

After Marcus Smart’s unfortunate injury this past Friday, not seeing Rondo on the floor in Chicago against the Bulls over the weekend was jarring. Getting bit by the injury bug this season just seems inevitable. NBA players are dropping left and right. Smart, Durant, Westbrook, Rubio, Rose, Splitter, West, Stuckey, Nash, Randle. That’s JUST guys that have affected my fantasy lineups.

The Celtics will face a depleted Oklahoma City lineup this week and have a chance to go 4-3 on the season. The Thunder will not have either of their marquee players, so the time to capitalize is right now. Back to back wins over Chicago and Oklahoma City seemed like a pipedream in September. Depleted rosters or no, a win is a win.