Numbers for thought: Could the Celtics be a Playoff team?

Numbers for thought is a series that selects certain pieces of statistics before each game (or let's say every now and then to make this a more attainable goal) that may or may not be meaningful (you know, small sample size, outliers or whatever) but nonetheless provide entertainment value (or so I hope). 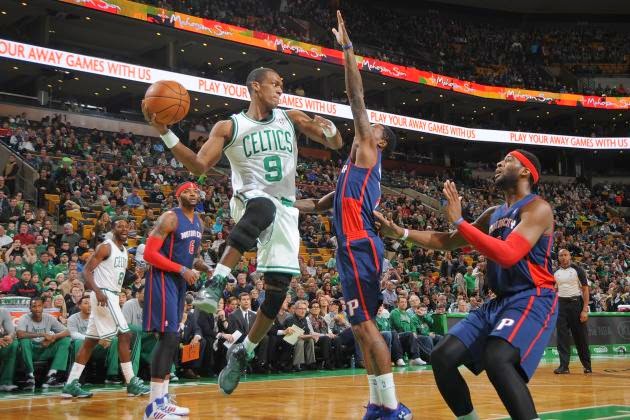 Let me post your angry comment for you: "Oh, the Celtics won like 3 games and we're already talking about Playoffs? What's the rush? This is bullshit." Yes, I know this is just the beginning of the season. Yes, the Celtics have only played 6 games so far. Yes, it's a long season, injuries and stuff. Yes, crazy things happen at the beginning of each season. Look at the Thunder, the Cavs, the Spurs (it looks like they've righted the ship lately though)... I know all of that. Yet the Celtics are doing a few things amazingly so far, and if that level of play is sustained for the rest of the season, I can tell you this is going to be an interesting one. Now, let me speculate:

*2nd: This is where the Celtics rank in points per game category overall. This is not a one-time thing, they have ranked pretty high since the beginning of the season. As I have mentioned before, the Celtics have not scored at this pace in a while now. Scratch that dreadful performance against the Rockets, and you have a team that reaches the 100-point mark in every single game. This is something.

*1st: The Celtics still lead the game in assists per game. One might be tempted to think that points and assists go hand in hand so this is not that big of a deal, but that is not necessarily the case. The Knicks, for example, rank 29th in PPG but 8th in APG whereas the Nets rank 4th in PPG but 20th in APG. It's early in the season, but the Celtics lead the league in both points and assists, which can only mean one thing: Great team offense. Oh, and there's this little detail:

*11th: This is where the Celtics rank in passes per game. The Celtics are not making a lot of passes to get assists, they have quite the efficient schemes (or Rondo) where they can find the open guys without trying that hard and wasting time. To make more sense out of this, compare that to the Indiana "how the hell are we supposed to space the floor" Pacers: They rank the 8th in passes per game, but 29th in assists per game.

So are these APG and PPG rankings meaningful? Well:

So what I'm saying is this: If the Celtics rank this high when the season ends, and still fail to make the Playoffs; they will be an historical outlier. One might be tempted to think "oh, but who have the Celtics played? It will be tougher when the schedule gets tougher", but they almost beat the Raptors (conference leader) and they beat all the Eastern Conference teams they've played so far.

However, there's this one little problem that the Celtics might need to fix sooner:

27th: This is where the Celtics rank in opponent's points per game. They score points alright, but when it comes to defense, they sorta fail to do that. The Celtics' point differential is 0.3, and yes, that Rockets game is surely skewing this stat, but the Celtics will have to do better if they want to -and that's a big if- secure a Playoff spot. However, there's one quick fix possible: Take care of the ball better, as in: