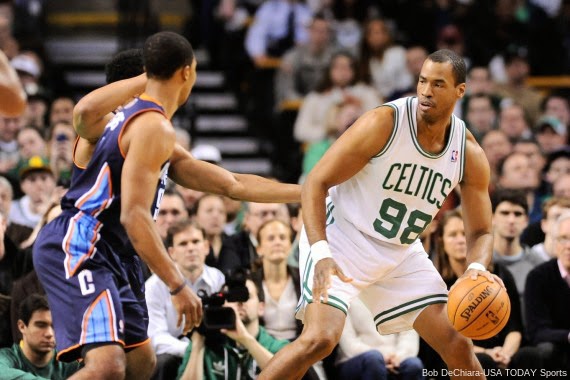 In a column he wrote for Sports Illustrated and SI.com, Jason Collins stated that he plans to officially announce his retirement from the NBA this evening:

On Wednesday at the Barclays Center, I plan to announce my retirement as an NBA player. The day will be especially meaningful for me because the Nets will be playing the Bucks, who are coached by Jason Kidd, my former teammate and my coach in Brooklyn. It was Jason who cheered my decision to come out by posting on Twitter: 'Jason’s sexuality doesn't change the fact that he is a great friend and was a great teammate.'


Collins signed with Brooklyn last February and appeared in 22 games with the Nets to close out the year.  He is not on an NBA roster this season.  Eighteen months ago Collins announced publicly that he is gay (also through SI), becoming the first athlete in the four major American pro sports to do so.

Collins posted some amazing box scores during his brief stint as the Celtics starting center in 2012.