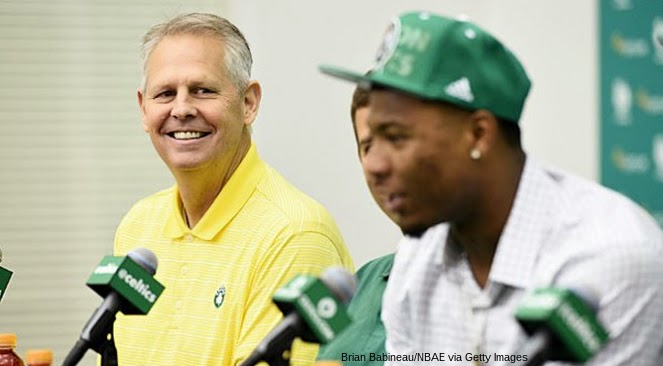 Celtics GM Danny Ainge appeared on 98.5 The Sports Hub's Toucher & Rich show this morning, and among other things he gave an update regarding Marcus Smart's injury status.  When asked about Smart's two-week timetable, Ainge said:

Probably still a couple weeks from today.  So I think probably three weeks from when he injured it is going to be closer.  He's progressing very well, I expect him to be back--we won't put him out there until he's really ready to go.


Boston definitely misses Smart's presence on defense.  I imagine he could have made a difference when guards Reggie Jackson and Anthony Morrow were torching the C's during the Thunder's 67-point second half last night...

Anthony Morrow and Reggie Jackson were a combined 16-for-20 shooting in the second half with one turnover #thunder #celtics
— gary washburn (@GwashburnGlobe) November 13, 2014