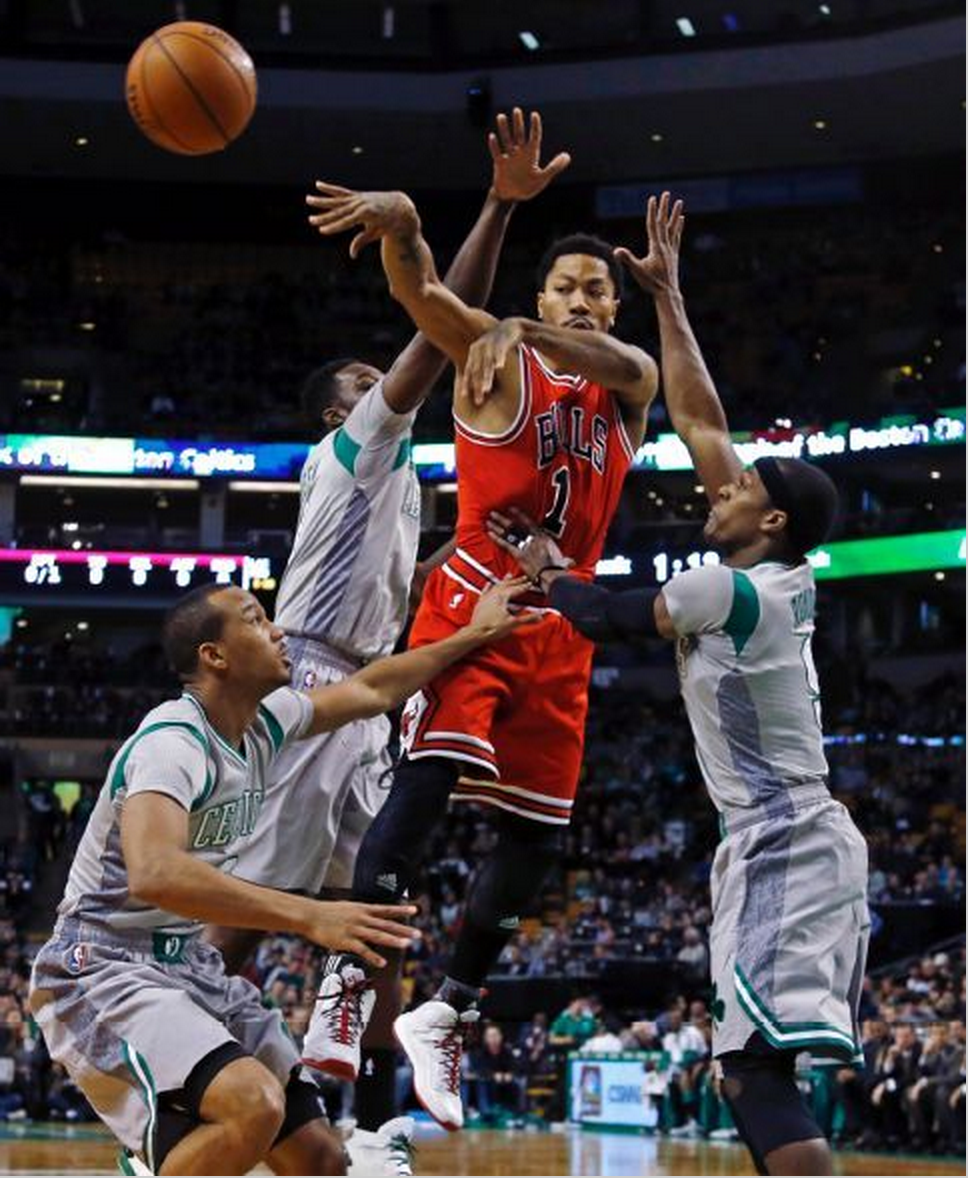 The Celtics managed to blow yet another lead, on route to a 109-102 loss at home to the Chicago Bulls.

Despite the great start from the C's, and overall good outings from both Jared Sullinger (23 points, 10 rebounds) & Avery Bradley (18 points, two assists) the squad ultimately could not keep their defense in check for the full 48 minutes.

The 4th quarter was one to forget as the Bulls outscored the Celtics 24-11 on their way to the victory.

Tommy Heinsohn even went as far as to compare Rondo's free throw shooting to that of Shaquille O'Neal's:


"Either Rondo's gotta keep working on his free throws, or this is potentially like Shaq handling the ball at the end of the game."

Evan Turner & Brandon Bass both put together very productive games off the bench helping the C's to their early lead.

While Marcus Smart did not return the injured star point guard for the Bulls, Derrick Rose, made an appearance scoring 21 points and four assists in 21 minutes on the floor. While his contributions to the Celtics loss weren't appreciated, it was nice to see Rose back on the TD Garden floor.

Today also marked the debut of the Parquet Pride jerseys for the C's, which will be worn on significant dates in Celtics history.

Today the jerseys were worn to honour Larry Bird scoring his 20,000 NBA point on November 30th, 1990 against the Washington Bullets.

Next, the Celtics take on the defending NBA champion San Antonio Spurs, this Sunday at the TD Garden on CSNNE.