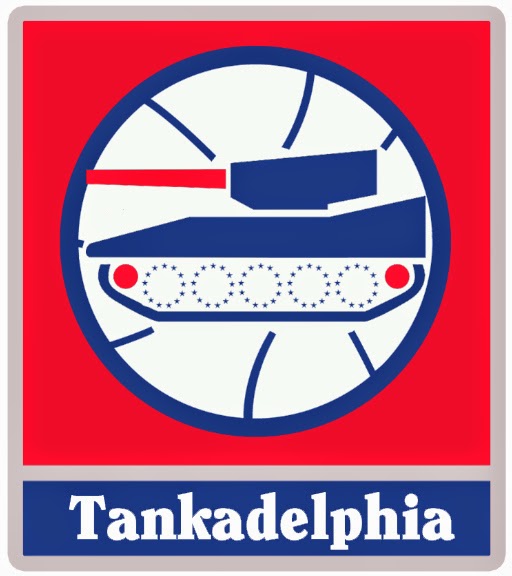 Tanking has been a part of the NBA for decades, but if tomorrow's lottery reform vote goes the way most people expect it to, we may be able to put the tanks away for good.

Here are the nuts and bolts:

- The NBA competition committee is voting tomorrow on whether or not to change the current model, which gives a huge advantage to the worst teams, to a far more balanced model which would give many more teams a good chance to job up and snag a top pick. For example, under the current model, the worst team in the NBA will pick 1st overall 25% of the time, and at worst will pick 4th. Under the new proposal, the worst team will have only a 12% chance to pick 1st (the four worst teams all have a 12% chance), and could fall as low as 7th overall as the new plan picks six teams before the rest of the teams pick in order of their record. The changes are gigantic.

- There are 30 teams in the NBA, and to change from the current format, at least 23 must vote in favor. Or in other words, 8 teams must vote to keep the current format. At the moment only two have stepped forward to say they will do just that: The ghost of tanking present (Philadelphia), and the ghost of tanking past (The Thunder). So to block the change, six other teams need to decide to vote against the new proposal.

- According to Adrian Wojnarowski (aka the Great Woj, aka the most insightful man in sports media), that's extremely unlikely. This change is very likely to be put in place, and to be put in place immediately.

So with all that said, what do we think of the new system?

I have a few thoughts.

1. It's a definite improvement if you hate tanking

- Listen, the system isn't 100% perfect. It definitely gives bigger market teams that do not need any help luring stars a better chance of landing one, as they do not need to fall to the very bottom of the standings to do so. However, if you want to eliminate the Sixers situation from happening again, this is a necessary evil. Spread the wealth, make barely missing the playoffs a much more palatable thing, and make the incentive for sucking less. This absolutely goes a long way towards doing that. Imagine trying to sell your fans on tanking if there was only a 12% chance of getting the first pick, and a shot you ended up picking 7th? Good luck.

2. It screws the Sixers

- In the past 16 months the Sixers have traded Jrue Holiday, Thaddeus Young, Evan Turner and Spencer Hawes, and in return they've gotten only spare parts and draft picks. They've gutted their roster in an effort to snag assets, and more importantly to position themselves to be horrifically bad, a strategy designed to maximize their lottery odds. Now, one year into their two (or three, or is it four?) year tanking plan, the NBA is changing things on the fly. What the Sixers are doing is shitty, but they were following the rules in place. Now those rules are changing halfway through. That's not really fair to them. However, if screwing one team that was spitting in the face of their fans (29th in attendance last year, 30th in season ticket sales this year) with a non-competitive roster is the price we need to pay to make an improvement to the system -- I'm all in.

3. The Celtics benefit from this in a big way

- The Celtics are in the Goldilocks zone for this change. Not good enough to be in the playoffs (as this change does not impact playoff teams), and not horrible enough to be considered one of the favorites for a top-three pick. Odds wise this helps the 4th-10th worst teams more than anyone else, and the Celtics are one of the safest bets in the league to be somewhere in that zone.

4. This system can always be changed

- Again, this system isn't perfect, but I think most people agree it's better than the current one (I for one firmly believe that). If that's the case, vote it in and then if tweaks need to be made in a few years, make them. This is not a lifelong agreement, but it's the best plan we have in the short term. "This plan isn't perfect" should never be the reason for not doing something. It's an improvement and cuts down on tanking, so put it in place.


What about you, what do you think? If you were an NBA owner, which way would you vote?