What the Hell Happened to...John Thomas? 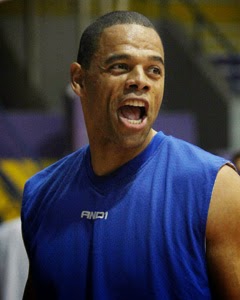 Back during the Reign of the Evil Emperor, you're excused if this former Minnesota Golden Gopher has slipped your mind over the years.  In between Kevin McHale retiring in 93 and Kevin Garnett arriving in 07, this Minnesota native was a part of the Celtics during the late 90s.  You may or may not recall he was in an NBA training camp as recently as the Fall of 2011.  If you've been a Celtics fan for awhile, you might remember our featured WTHHT player, John Thomas, no relation to Jamel.
John grew up in Minneapolis and gained attention for his basketball skills while playing at Roosevelt High School there.  Deciding to stay close to home, he attended the University of Minnesota, where he prospered and even played during a Final Four season. He had talent, but he didn’t realize he was first-round draft material until his coach told him.

But indeed he was.  John was drafted by the Knicks with the 25th pick in the '97 draft but before ever suiting up for a regular season game (my memory tells me he played for the Knicks in the preseason that year) he was moved along with Dontae' Jones, Walter McCarty and Scott Brooks trade for Chris Mills.

John appeared in 33 games during that '97-98 campaign, including two of which I saw live!  The November 28, 1997 overtime loss to the Suns was the first one.  Tyus Edney had a chance to win that game at the buzzer but missed a floater and they lost in overtime.  Here's the ticket stub to prove I saw John live and in person: 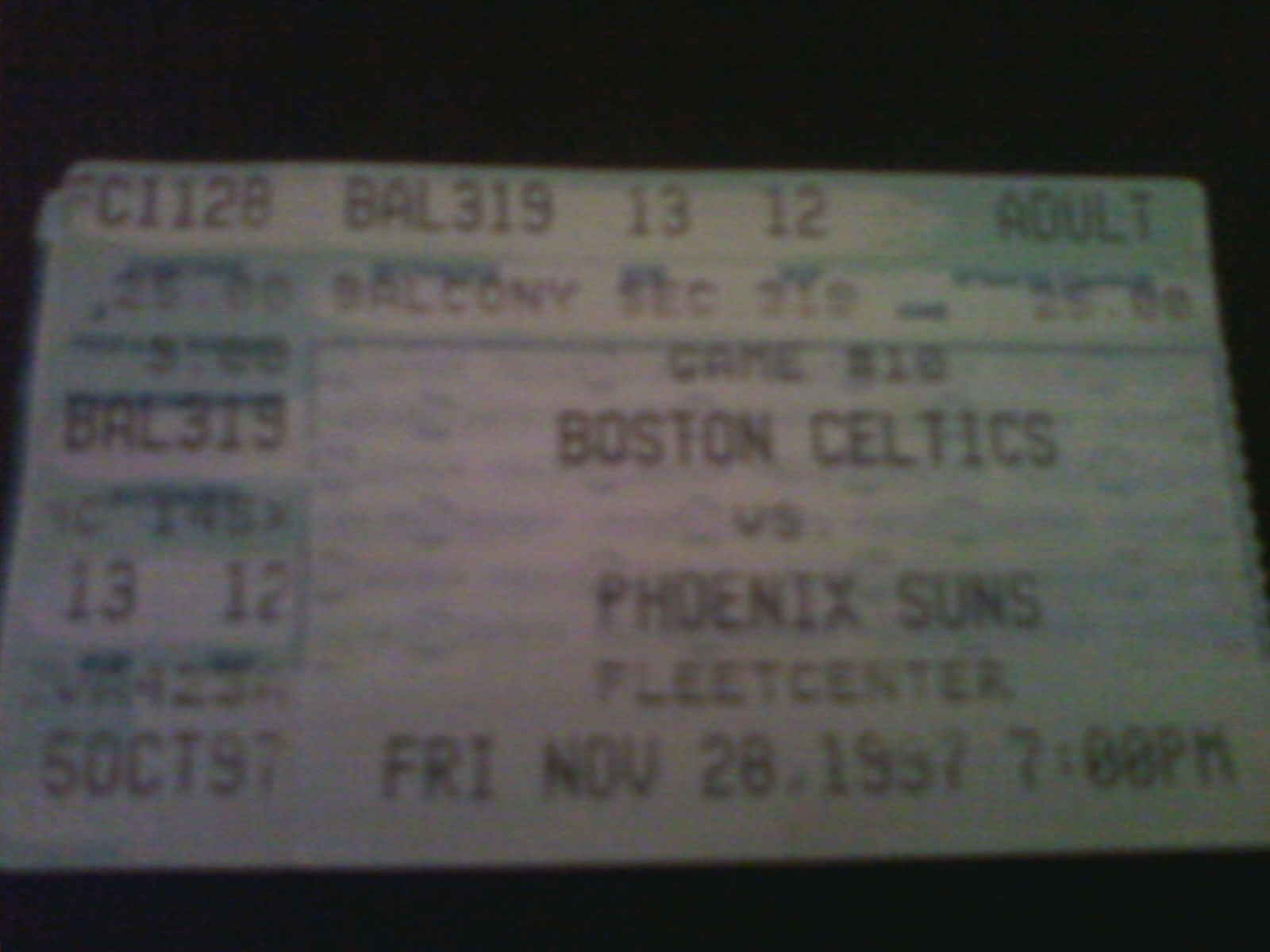 John played 10 minutes that night and had a rebound and a steal.  [TB tangent time: Crazy looking at that boxscore for the following reasons: 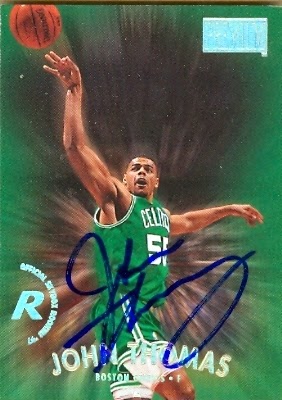 Writing this out reminded me of just how into the NBA I was in the 90s. What a great decade of basketball].

Sorry for the tangent John.  I also got to see him play 7 minutes in the game vs the Pacers that same year in
January, the day-game they retired Robert Parish's jersey.  I remember thinking Chauncey Billups definitely had a future after that game.  But it wasn't meant to be.  Both Billups and Thomas were packaged soonafter along with Roy Rogers and Dee Brown to the Raptors for Kenny Anderson, Popeye Jones and Zan Tabak.
John would stick with Toronto for a couple more seasons before venturing overseas, before coming back to the NBA.  Here's his snapshot: 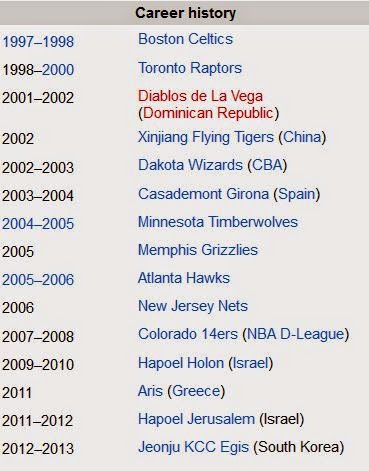 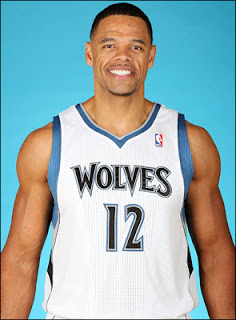 As you can see he was still active and playing as recently as two seasons ago at the age of 37.  What it doesn't show there is that in 2011-12 he was trying to make the Timberwolves and actually attended their training camp that year.

If you never got to see Thomas play, he epitomized the hard-working, somewhat undersized power forward of the time (he's listed at 6'9 but I always thought he was a bit shorter).  Not great at the foul-line but took up space, set good picks, could rebound the ball, always worked hard and was a hell of a teammate.  Certainly his longevity was a testament to all that.

John even tweeted me what his favorite moment was during his time with the Celtics:


Today John is the National Coordinator at Ultimate Hoops, which is a really cool basketball league for adults and includes refs, scorekeepers and online stats.  They have several different locations in the country.  You can also follow him on Twitter @jgthomas.  Way to go John in backing this cool hoops program and we thank you for your time with the Celtics!