Blakely: Rajon Rondo 'wants to start the season in Boston and see where things go' 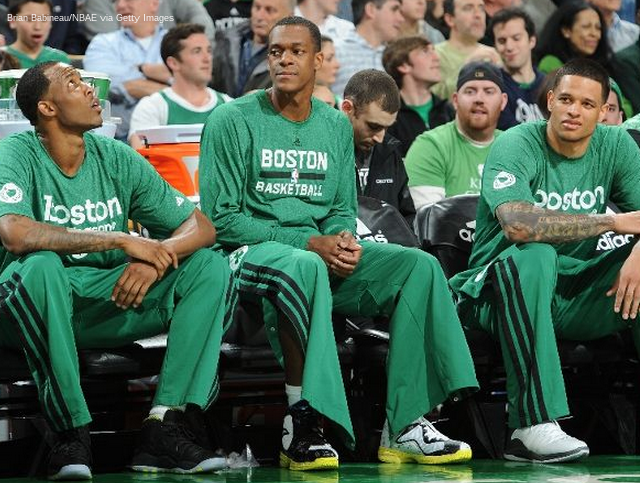 Now we have another Boston reporter's view on the Rajon Rondo situation.  And whether or not CSNNE's A. Sherrod Blakely is any more or less reliable than ESPN's Jackie MacMullen, today's "news" is from a published article, not a casual behind the scenes conversation that has since been removed from the web.  Blakely writes:

Multiple league sources have repeatedly said that Rondo wants to start the season in Boston and see where things go from there. A similar sentiment has trickled out of Celtics camp, as well.

Rondo is hopeful that the team Danny Ainge is assembling around him is better than most anticipate, that they can be this season's feel-good story not only in the East but throughout the NBA.

Multiple league and team sources agree the most likely scenario has Rondo beginning the season in Boston. Then, depending on how the team does, both sides will mutually agree to either ride it out or part ways sooner rather than later.

I wouldn't bet on Blakely actually knowing what Rondo is or isn't hopeful of, but I'd guess the gist of what he is saying is probably accurate.  As the rebuilding project continues, if the future looks bright for Rajon with the Celtics, he'll want to stay.  If it doesn't, he'll want to leave.  It may sound like I'm oversimplifying things, but is there really a better way to look at it?

Similarly, I don't think Jackie Mac is wrong either.  Rondo probably isn't too excited about playing in Boston right now, and why should he be?  But, that doesn't mean the situation can't improve.  There was a time before the "New Big Three" era when everybody thought Paul Pierce was a malcontent who should be traded.  Then things got better.