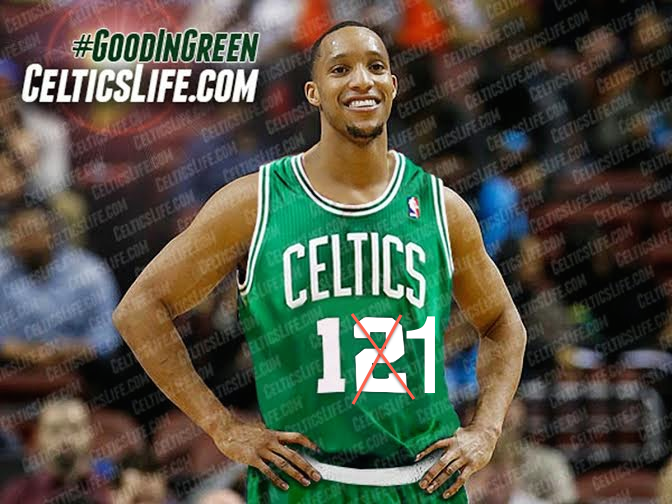 The Boston Celtics announced today that they have signed guard/forward Evan Turner. Per team policy, terms of the deal were not disclosed.


According to Jeff Zillgett of USA Today, it's a two-year deal for the taxpayers mid-level exception

I have two quick points on Turner.

- I talked about this many moons ago when the Celtics first signed him, but I just don't think he's any good. Personally, there are two things above all else that irritate me as a fan. 1. Offensive inefficiency (guys who take a ton of plays to generate stats), and 2. Defensive ineptitude.

Unfortunately, Turner's entire career points towards him being woefully inefficient on offense, and bad on defense.

Yes, he fills up the stat sheet when he gets the ball a ton (he averaged 17/6/4 with Philly last year), but to do that he needed 15.4 shots per game, and had a usage rate of 24% (a number usually reserved for All-Star caliber guys). His shooting percentages are bad -- career 42.7% from the field and 32.6% from three, with a terrible 48.5% true shooting percentage -- pointing towards him being a volume scorer and not much else. His true value was shown when he went to Indy and basically got stapled to the bench.

And the worst part about his game is that he's known for his offense. Defensively, he's even worse. Last year, Turner had 760 defensive possessions that ended in either a field goal attempt, free throw attempt or turnover. In those possessions, he allowed 1.05 points per play, ranking 442nd in the NBA, and dead last among players that had 500+ defensive possessions. Now you may say, hey, Philly was terrible! I'm sure he got better in Indiana's system, right? Wrong. 1.05 ppp allowed in Philly (544 possessions), 1.05 ppp allowed in Indiana (216 possessions). Yikes.


#2. Signing him to the taxpayers mid-level exception does not mean the Celtics are definitely paying the luxury tax

- Seeing "taxpayers mid-level" had me scared for a minute, but it does not mean the Celtics will be planning on going over the luxury tax this season. It means that currently, with all of their non-guaranteed deals, they are over the tax, but by cutting a few guys (Erik Murphy, Tim Frazier, Rodney McGruder) they can sneak back under and avoid paying the tax. With their 16 guaranteed contracts, the Cs are now at $75.634 million in salary, just over a million dollars shy of the $76.8 million tax number.

This is big as the Cs can "reset" their tax penalty if they stay under for a second straight season. And considering how bad they are going to be, they will almost definitely do that (unless the possibility to acquire a star requires them to go over).

So yea, if you can't tell, I'm thrilled for the Evan Turner era to begin! Not really sure why the Celtics gave him two years, but hey, small price to pay for Banner 18!

*cries softly in the corner*