What the Hell Happened to...Tony Harris? 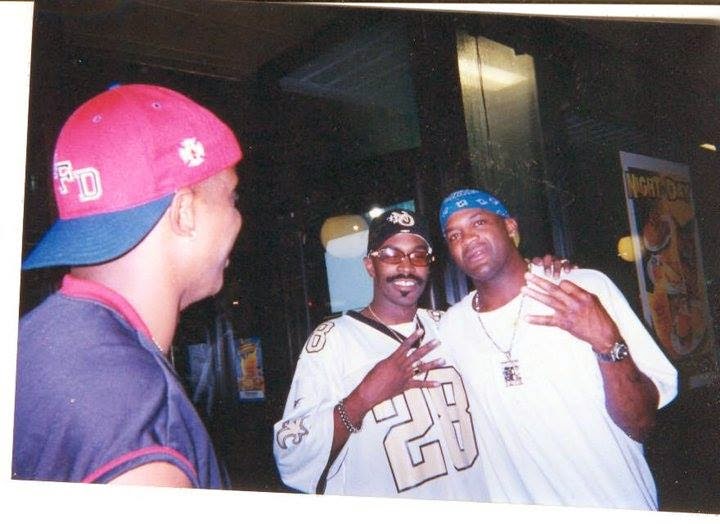 "I'm not a shooter, I'm a scorer.  Coach Ford has given me the confidence to shoot, and I just wanted to go out and do whatever I could to help Boston win the game."-  Tony Harris 3-14-94

Once upon a time, the Celtics needed some instant offense.  It was a few years after the Kevin Gamble experiment had proven such a success, they decided to sign the CBA's leading scorer back in March of 1994.  This guy was so prolific anyone who follows the PBA (Philippine Basketball Association) knows he once scored 105 points in a game.  It's true.  And he was so athletic he even had a tryout with the New Orleans Saints as a free safety and wide receiver.  If you remember any of these things you absolutely remember Tony Harris.

Despite being born in Monroe, Louisiana, Tony attended high school at Roosevelt, in East Chicago, Indiana.  After going to Lamar University as a freshman in 1986, he transferred out to Johnson County Community College for 1987 & 1988.  He'd resurface at the University of New Orleans for 1989 and 1990.  In 1990 he was named the American South Player of the Year. 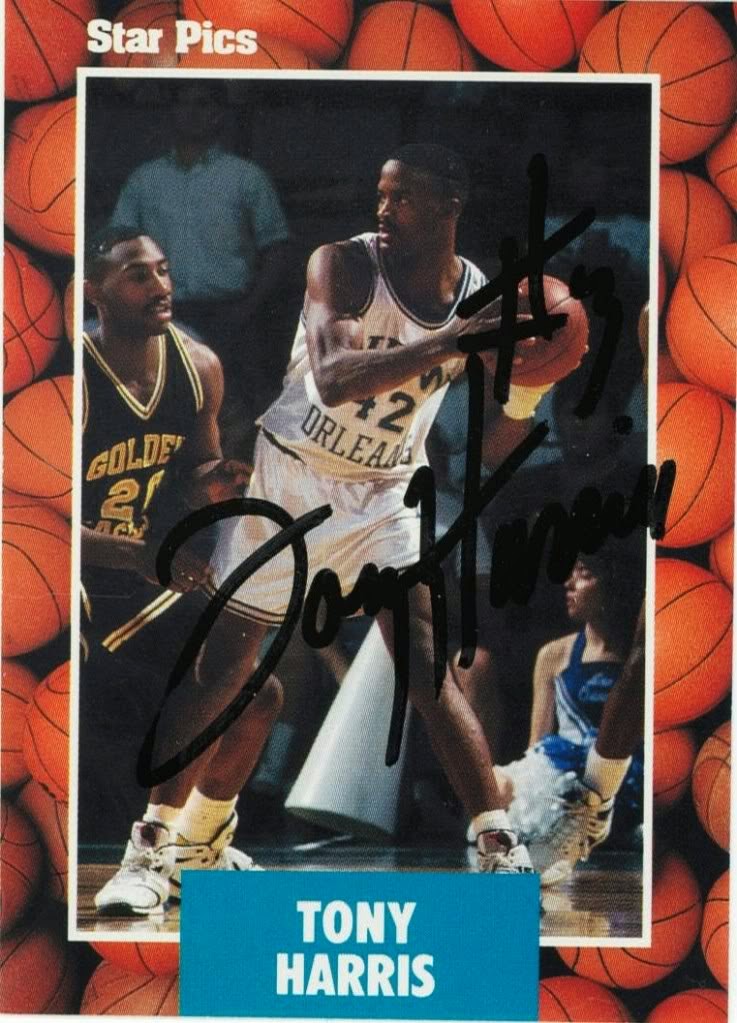 Although he wasn't selected in the 1990 draft, Tony actually appeared in 6 games for the Sixers in that 1991 season, his only appearance in the NBA outside of Boston.  He played in the CBA in 91-92 and 92-93, the latter for Grand Rapids and LaCrosse when the Celtics came calling.  The Celtics wanted him to be aggressive and Harris was ready for the challenge:

"I'm a very aggressive player and I have confidence in myself," Harris said. "I don't see that much difference in the NBA and the CBA.  When I first came here, they told me that they didn't want me to hesitate about going to the basket. They wanted me to play exactly the way I played in the CBA.  They want me to drive to the basket the way I did in the CBA. I don't think there is that much difference when you drive, except that the trees are taller {in the NBA}."


{TB Tangent: the trees are definitely smaller in the NBA in 2014} 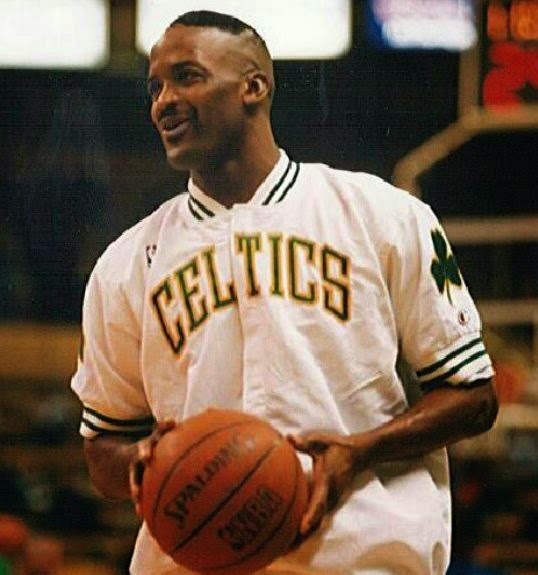 The Celtics in turn definitely had high hopes for Harris.  Coach Chris Ford at the time:


"The one thing people around the CBA all say about him is that he's a scorer.  They compare him a lot to John Starks in that he doesn't back down. He gets his nose in there. At times, he's gotten into some altercations, but he's a fierce competitor and he looks like a pretty strong kid."


Tony played 5 games for the Celtics, including the one I saw: his 22 point outburst in 31 minutes vs the Miami Heat including a perfect 13-13 from the foul line.  He definitely looked like he belonged out there.

But alas it wasn't enough to stick around (initially).  After two ten-day contracts, Harris was released on March 23, 1994.  The thinking at the time was he only shot 9-31 in his other 4 games and the Celtics had more players of his size then they needed (Todd Lichti returned from the injured list and replaced Harris).  Remember this was back at a time when positions were critical.  Tony recalls:


"I asked them if I was going to be around," said Harris. "They said I would get an answer by Friday. I told them that I'd like an answer now, and that's when I was told I'd be released.  They said they would bring me back this summer.  I guess they want to use this opportunity to look at somebody else. I don't look at it from a negative side. I have a positive mind. God does everything for a reason."

And God absolutely did have a reason as Tony made his way back in Green that summer as expected.  He had obviously made an impact on Coach Ford and the Celtics and that August they extended a one year contract to him.  He appeared in 3 more games in the Fall of 94, bringing his total of Celtic games played to 8.  He'd be released December 28, 1994, effectively ending his NBA career.


If you never saw Tony Harris play, the guy was instant offense.  The type of guy who never saw a shot he didn't like, pretty similar to John Starks.  Count me as being absolutely convinced Tony would've have a longer and more prosperous career in today's NBA, where positions matter less and you're able to just play.  Back then, 6'3 shooting guards weren't a commodity in the NBA.  Joe Dumars was the exception and a lot of times, they forced those guys to play point guard (think Joe Forte).  But today Harris would be given free reign and I'd imagine him to play well and stick around. 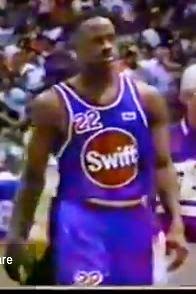 Ah and then there was the 105 point outburst, how could you forget?  Just because it happened in the Philippines doesn't mean it can be overlooked.  He averaged an absurd 57 points per game that year for the Swifts Premium team.  Harris recalls:

"The old record for that league was 103 points. I played the whole game and I had 60 points at halftime.  There were a few ex-NBA players in the league. We played from August to December. We had eight teams and only one American was allowed on each team"


Tony became a legend in Manila after his high scoring performances.  He earned the nickname the "Hurricane" and many people consider him one of the most successful players in PBA history.  He produced his own line of sportswear back when he was over there (foreshadowing at its finest) and had the chance to work with homeless kids.  He even got into acting.  Celticslife has a lot of fans from the Philippines.  Does anyone know the acting Tony did?  Were they plays, musicals, tv shows, movies or commercials?  Does anyone have the proof?

Tony admitted once during his time in Boston that sometimes the best defensive measures against him in the PBA were when opposing Filipino players tried to confuse him by shouting commands in Tagalog.  But you still have to be pretty explosive to have that kind of performance, in any professional league.

Today Tony has headed home and lives in Baton Rouge, LA where he heads up Hungry Athletics which is an apparel, supplies and equipment company.  You can find out more on Hungry Athletics here, be sure to like their Facebook page.  Their slogan is "To Make It Out The Hood, You Got To Be Hungry."

Celtics fans thank Tony for his time with the team and wish him luck with Hungry Athletics!