What the Hell Happened to...Mark Blount? 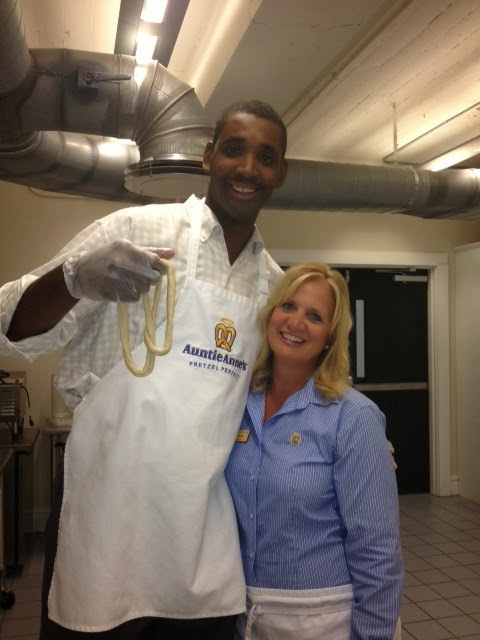 This is a true story: as a high school junior in 1994, my team was supposed to play a summer league game against Mark Blount's team in the New Rochelle summer league.  He skipped the game.

This is another true story: Mark Blount's two sons are named "Mark" and "Mark."  I can't make this stuff up.

Not so long before Kevin Garnett and Ray Allen came to Paul Pierce's side to rescue the Celtics, we remember this man who was supposed to be a pillar for the Celts moving forward.  If you followed Boston as recently as last decade, you absolutely remember Mark Blount.

Blount was a vagabond of sorts in high school.  He was at Oak Hill Academy for some time, then transferred first to Sacred Heart HS in Yonkers for a few months before switching to New Rochelle, a very formidable opponent in the Public School league in NY (they have a big rivalry with Mt Vernon, home of this guy).  I don't believe he ever played at New Rochelle (though that's who he was supposed to suit up for in the summer league game he missed).  He then left New Rochelle to attend Dobbs Ferry HS.  People not too familiar with basketball in the NY area should know: Dobbs Ferry is a Division D school (extremely tiny) and is one of the villages near the Hudson River (Hastings and Irvington, nearby rivals are both C).  Mark teammed up with the Slattery boys (Charles and Chris) and I also believe Milo Hechonova, a very prolific shooter, to dominate.

But I digress since this isn't about Mark's high school career.  He'd go on to attend the University of Pittsburgh.  He stayed two years at Pitt, putting up very modest numbers, before leaving for the pros and being drafted by Seattle in the second round of the 1997 draft.

He'd never make the Sonics' team and while bouncing around in some other teams' camps (Clippers) his first stint of NBA action was 2000-01 with the Celtics, meaning he got a dose of Evil Emperor before he hightailed it out of Boston.  Blount was actually on the 01-02 Celtic team and appeared in 4 playoff games for that bunch that came within 2 games of the Finals (I wouldn't have known he was on that squad without looking it up).  The Celtics let him walk and Blount signed with the Nuggets for the 02-03 season.  Which means you may have forgotten that he was out of Boston before the Celtics decided to make a trade to bring him back.  Denver moved Mark Bryant and Blount to the Celtics for Shammond Williams.

To his benefit, his 05 season wasn't much different statistically.  If you remember back then, it was still acceptable to play two bigger guys up front and Blount started a lot with LaFrentz. I thought the 05 Celtics, Doc's first year as coach and Antoine's return, had some serious potential before fizzling out vs the Pacers in the first round.

Blount would be dealt the following season to Minnesota along with Ricky Davis for Wally Szczerbiak.  Their first game as Timberwolves they got to play the Celtics.  And that's when the skipping happened.


Who could forget Blount, after being traded to Minnesota, skipping down the court like a first-rate schmuck?  I remember watching the game and hearing the disdain in Mike Gorman's voice.  It really was an arrogant, unnecessary jab at his recent-former team.  He also looked like a horse's ass out there.  I get it that you can take it personal coming off a trade and show up amped up to play your former team.  But that was beyond excessive.

Blount kicked around a bit longer in the league including KG's final season with the Wolves, where he started 81 of 82 games.  He finished up his career in Miami with the Heat in 09.

If there was ever a precursor of the type of NBA career Mark Blount would go on to have, it'd be that anecdote back from when I was in high school.  Yes, we were prepared to play against him in a game.  And yes, he "skipped" it (what irony).  I get it was only a summer league game, not a regular season game, but perhaps it was indicative of his future dedication. 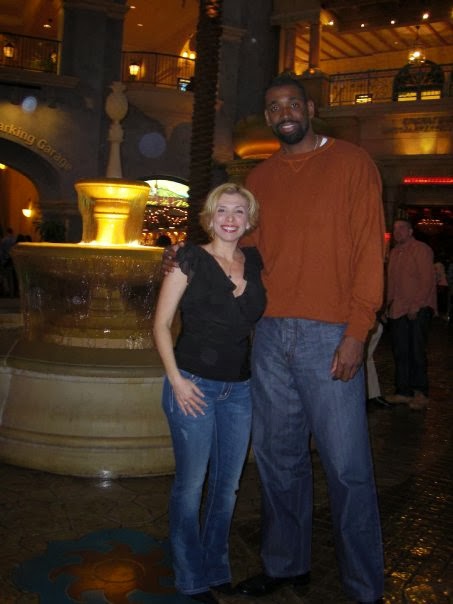 Many Celtics fans who are familiar enough with Blount heaped tons of crap on him for not living up to his contract (which he clearly didn't).  But he wasn't the first and won't be the last.  As long as you're around 7 foot and put up good numbers in your contract years you'll be rewarded.  Off the top of my head you can ask Jim McIlvane, Ike Austin, Jerome James, Michael Stewart, who all received big-time deals and wound up doing nothing.  Blount isn't any better or worse than any of them.

In fact when Jared Sullinger had 25 points and 20 rebounds in a game earlier in the year he became the second Celtic since (gulp) Blount to achieve that distinction.  Mark went for 28 and 25 vs Orlando in March of 2004.  KG had a 20-20 game in his first with the Celts.

I'm not going to kill Blount.  The fact is, I thought he was a serviceable center (in a league that was dwindling with guys masquerading as pivot men).  He had a solid perimeter jumper and was somewhat mobile.  He wasn't a particularly good rebounder or shot blocker and had no post-up game.  He also didn't have very good hands and tended to fumble passes.  Was he worth the contract?  No certainly not, but neither was Jeff Green or Brandon Bass or any of the aforementioned centers who turned out to suck.

Maybe Mark didn't have a passion for the game (that's my own personal thought).  He put in enough work to be a solid-enough player and maybe worked even harder when he had those dollar signs flashing in his head for his contract year. But that was that.

So what the hell happened to Mark?  Well Mark has two sons who are named Mark and Mark.  I found out this unusual fact since it was brought to light by Sifika Mayfield somewhat recently that Mark owed child support.  Sifika feels Mark "belongs behind bars."

The most recent news on Mark is pretty comical: he's become a partner of the Auntie Anne's pretzel business.  You see these at the mall.

“I was actively looking to break into the franchise industry, but I wanted to find a company that was a good fit for me,” said Blount. “I really felt that the Auntie Anne’s brand provided what I was looking for. After getting to know Mr. Dunn and the Executive Team intimately over the past few months, I am excited to officially join the company as a franchise partner.”

I must admit I've tried the pretzels many years ago and while tasty, are really made of crap.  They're high in sodium and even contain trans fat.  I haven't been there in a really long time.  Mark Blount having something to do with it won't change my mind.  And yeah someone actually once compared him to Charles Manson.