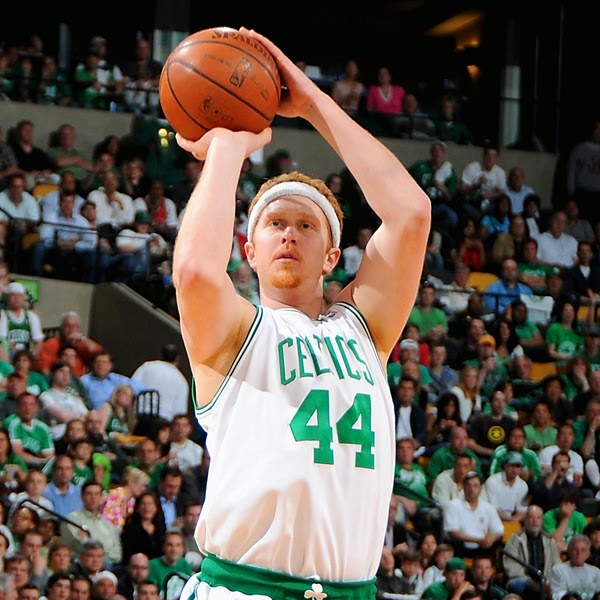 Sometimes you don't need to say much in an article, and instead let your topic do the talking for you.

This is one of those times.

Brian Scalabrine just announced that he's coming home to Boston to serve as a color commentator on CSNNE broadcasts with a phenomenal parody of LeBron's "Coming home" letter. Here are some of the highlights, but in reality..the whole thing is worth a read.

Before anyone cared where I would play basketball, I was a kid raised in Enumclaw, Washington. It’s where I walked. It’s where I ran. It’s where I did a paper route at age six. It’s always held a special place in my heart until 2005. From the moment I signed with the Celtics, I knew this was my new home. Most of the people are just like me, they work hard, they play hard, and the passion they have for their sports team is unlike anywhere in the world. I had passion for my team just like the fans. I guess I was kind of like the fans except I had a courtside seat for free and if we were up by 20 with less than two minutes to play I would get to go into the game. Where was I – the great American city of Boston. In Boston, people's passion can be overwhelming. But it drove me. The Celtics hadn’t won a championship since the Larry Bird era of the 80s, so I wanted to give them hope when I could. I wanted to inspire them when I could. My relationship with Boston became bigger than basketball. I didn’t realize that when I left Boston in free agency four years ago. I do now.

Remember when I spurned the Celtics and signed with the Chicago Bulls in 2010? Actually I begged Ainge to keep me and he wished me the best of luck. I was thinking, "This is really tough." I could feel it. I was leaving something I had spent five years creating. I haven’t paid for a meal since 2008.

I’m not promising a championship. I know how hard that is to deliver. We’re not ready right now. No way. Of course, I want to win next year, but I’m realistic. I’m only a broadcaster - what could I really do? It will be a long process, much longer than in 2008. My patience will get tested. I know that. I’m going into a situation with a young team and a young coach. I will be the young Comcast SportsNet announcer in the booth next to the greatest color analyst in the game Mr. Tommy Heinsohn. I know that I have a lot to learn but I see myself as a Champion, and I think I can help breakdown some great Marcus Smart dunks this season. I think I can elevate Kelly Olynyk and Chris Babb’s game by the amount of research I make my interns do before announcing road games.

In Boston, nothing is given. Remember in the movie The Departed when Francis Costello said, “No one gives it to you. You have to take it.” That was a great scene and a great Boston movie.


In all honesty I could have copy and pasted the whole thing, but I feel dirty doing that. So read it all when you have the chance. If Scal really wrote this (and I think he did), this is one of the most clever things I've ever read from an athlete/ex-athlete. Self deprecating, hilarious, and relevant.

Also just importantly: Scal is back! No not as a player or a coach (yet..could definitely see him on Brad Stevens' staff eventually), but as a broadcaster. And that's pretty fantastic. I thought he did a very good job during the 2012 playoffs as an analyst for CSNNE, and he should be even better this time around with that experience under his belt.

Is it a little sad that perhaps the most exciting free agent addition for the Celtics is a retired below average player returning as a broadcaster? Yea, maybe. But whatever, I'm still fired up.