What the Hell Happened to...Garfield Smith?

When the Celtics drafted their first round pick of the 1968 draft, they probably didn't know it was going to take him two seasons to join the team.  He was known as the "Mystery Man" before his introductory press conference in July of 1970.  The fact is, he had been serving in the army.  If you followed the Celtics in the 60s and 70s, you definitely remember Garfield Smith.

Garfield attended high school at Campbellsville High School in Campbellsville, KY where he was an All-District, All-Fifth Region and All-State player, before heading to Eastern Kentucky University where he had a standout career.  Garfield grew, figuratively and literally.  According to his college coach at the time Guy Strong:


But he came on with a vengeance.  At EKU he had a marvelous career, finishing as the school's 3rd all-time leading rebounder and just shy of 1000 points.  In one game he grabbed 33 rebounds and his senior year he averaged just under 20 rebounds per game.  But it was more than breaking records that Garfield accomplished; he was also the first black basketball player to ever play for the school. 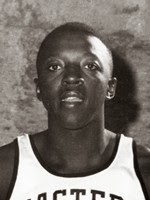 He was drafted by the Celtics in the 3rd round of the 1968 NBA draft but was also picked by the Oakland Oaks of the ABA.  The Oaks had selected him first.  Upon serving a two year stint in the Army, Garfield came back and with the help of a lawyer, was able to get out of any contractual obligation to the Oaks, who since he was away had relocated to Washington and became the Washington Caps.

Once the dust was settled and things were straightened out, the Celtics announced the signing of Garfield, who was to play power forward and center, beginning in the fall of 1970.  Head coach Tom Heinsohn was elated:

I don't want to sound like the party line, but Red has done it again.  Getting Garfield is like coming up with a fourth 1st round draft choice in one year and just think what the means in terms of merger and our future. 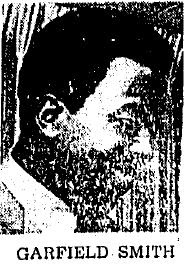 I signed with Oakland because I thought I could jump right into their starting lineup, but the Celtics have always been my team.  I used to watch them on TV when Heinsohn and Ramsey and the rest of them were playing and my dream was to play for them.  My father used to laugh at me. To play with them would be a dream come true.


And more from Tommy:

We want him to be a tiger on the boards. No he's not too small at 6'9 to play center in the NBA.  He's quick enough and in that position I like a man who plays with his head.  Both Alex Hannum and Frank Ramsey saw him in college and recommended him.


However it wasn't an easy indoctrination for Garfield.  He often found himself indecisive and flustered.  The transition from the college game proved to be troublesome.  After a couple of DNPs, Heinsohn even left him behind on a road trip because of a "back injury and nervousness."  Garfield was discouraged:

Yeah I'm discouraged.  I'm having a hard time adjusting to a completely new style of play.  It used to be in college that I could use my strength and quickness to take care of opposing centers but I can't get away with that in the pros because they're either as strong or stronger than me.  I've got to blame myself for that.  I've got to learn to do everything differently than I used to.  I'm acquiring more finesse and developing an outside shot, including a hook, and learning to be more mobile.  In college I used to go into the low post and stand there in rebounding position.  I know I now have to come up and help set picks. 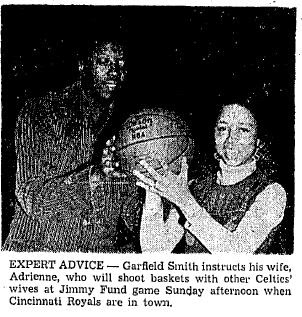 It's difficult for a rookie in this league unless you're another Lew Alcindor. But the only guy I've faced man-to-man this season who has made me feel like a rookie is Willis Reed of the Knicks.  I'm going to make it.


Despite the optimism, Garfield never really found his niche.  Inconsistent minutes and poor free throw shooting (he once airballed 3 free throws in a row in a 'shoot 3 to make 2' according to Bob Ryan) contributed to it.  However in between his times on the Celtics' bench, Garfield had a breakout performance in the NBA's 1-on-1 competition.

Can you believe the NBA used to have this?  They had it for 2 seasons (72 and 73), it was sponsored by Vitalis and each team had 2 participants eligible to make it.  They based these on a set of 1 on 1 competitions the teams held internally.  Surprisingly neither Cowens nor Havlicek made it for Boston.  The Celtics had Jo Jo White, Havlicek and Cowens in one bracket with Garfield, Hank Finkel and Don Nelson in the other bracket.  Jo Jo knocked off John when he got hot from 20 feet out.  Garfield beat Finkel in what Bob Ryan described as "Tyrannosaurus Rex vs Brontosaurus Rex."  White then knocked off Cowens and Smith beat Nelson.  Nelson, showing an inkling of his future prowess on the sideline, fouled Garfield 14 times since he was only a 25% free throw shooter.  But the plan backfired as Garfield made his last 5 foul shots.

So Garfield made it along with Jo Jo White and went all the way to the quarterfinals.  For the entire list of NBA participants and results check here, but here's a snapshot of how the final rounds played out: 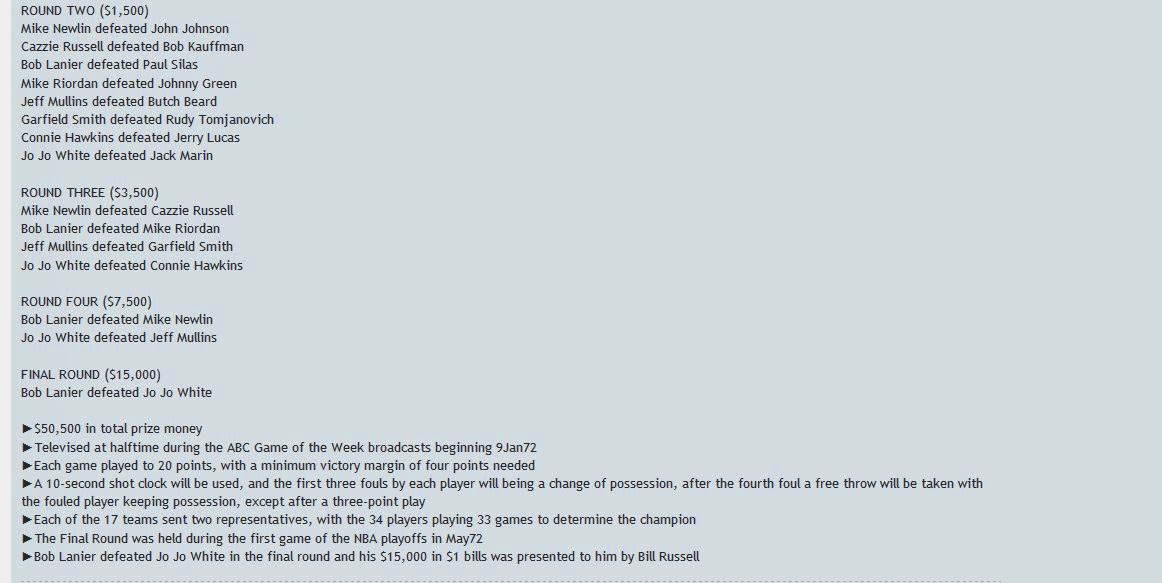 [TB Tangent: $15,000 to the winner in the amount of $1 bills?  Why $1 bills?  I wonder if Bill Russell misses presenting this winner more than he does the Finals MVP today.] 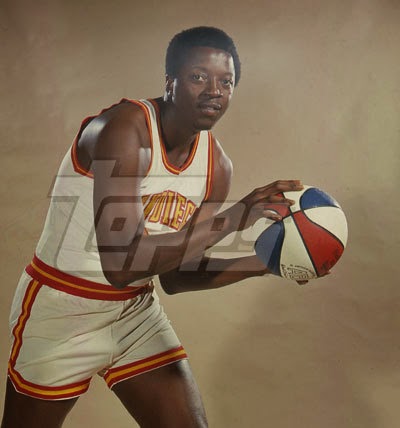 But back to Garfield, you can see he was knocked off by Jeff Mullins in the quarterfinal round, but Garfield felt he got gypped!  He expounds:

I should have made the semi-finals but I didn't.  They didn't want a guy in the big money games who didn't have a name, so they got me out.  They tried to do the same thing to Mike Newlin but he hit 10 shots in a row and there wasn't any way you could keep him out.

So Garfield was convinced that Mullins got all the officiating breaks.  But credit to him for knocking off Rudy Tomjanovich on his way to winning $1800;  Rudy T was a hell of player.  For the Celtics, Jo Jo knocked off Mullins in the semi-finals before losing in the Finals to Bob Lanier.  [TB Tangent 2: NBA PLEASE BRING THIS BACK!].

Back on the court for Boston, but not for too much longer, Smith was waived in October of 1972.  The 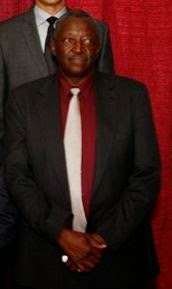 following season he went to the ABA and played for the San Diego Conquistadors.  That ended Garfield's playing career.

So what the hell happened to Garfield?  Let me first explain that this article was "aboutthisclose" to being a full-blown interview.  See, we spoke to Garfield by phone.  We even mailed him 7 pages worth of questions included with a self-addressed stamped envelope.  But alas Garfield got side-tracked!  When we followed up with him he had received the package but was "under the weather."  The next time we spoke with him, there had been a big storm in the Richmond, KY area and he was busy working on the panels of his house.  Therefore unfortunately for just the second time in our history (after Brett Szabo), we can't tell you exactly what Garfield did after playing.  There is a rumor online that he had something to do with video games, but this is unconfirmed.  His nephew is on Twitter and told us he was "chillin in Richmond" but didn't elaborate.

If you're interested in reaching out to him and finding out more, you can send him fan mail at:

Although we're disappointed we didn't receive Garfield's answers, Celticslife thanks him for his time with Boston and wishes him all the best during his retirement in Richmond, Kentucky.

***Addendum 7/15*** A big shout out to Rob in the comments below who helped fill us in on what Garfield did post playing career:


"He had a video business for years and a job with a major highway contractor. The video machines were in numerous locations. After true retirement (in his 50s) he had a lawn care service company. He has always been a "go getter."