Washburn: trading Rajon Rondo is 'not a high priority' for the Celtics 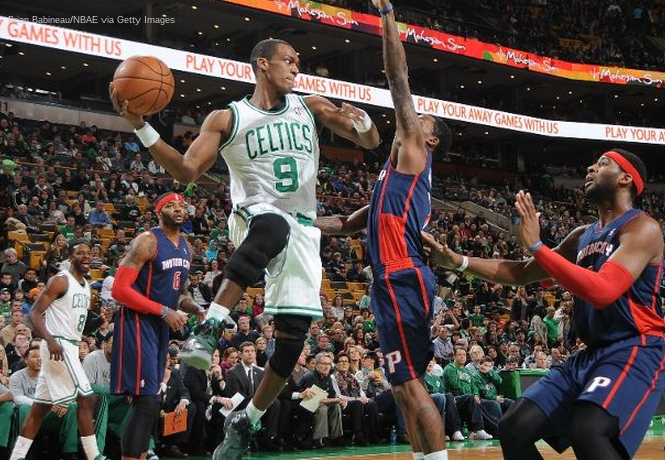 While the Celtics are trying to figure out ways to clear roster space before training camp, moving Rondo is not a high priority. First off, Rondo will be a free agent next summer and fully intends on taking the LeBron James-Carmelo Anthony tour of teams and extending the negotiation process deep into next summer. It is highly unlikely Rondo would sign an extension this season with an interested team, especially the Sacramento Kings. Second, the Celtics don’t feel pressed to deal Rondo because they are still trying to determine if he’s part of the future and they are intrigued to see him in action a full 18 months following ACL surgery.


Does this actually qualify as news?  Not really, since it's basically just the opinion of one writer.  But we're in the the dog days of August, and at this time of year there's not much else to talk about when it comes to the Celtics.

I do, however, think Washburn is accurate in his analysis.  Everything Boston has done (or not done) this offseason suggests the club is being extremely patient, and willing to wait for the best possible options for rebuilding to present themselves.  Why would Danny Ainge and company change that philosophy now and suddenly rush to deal their All-Star point guard?