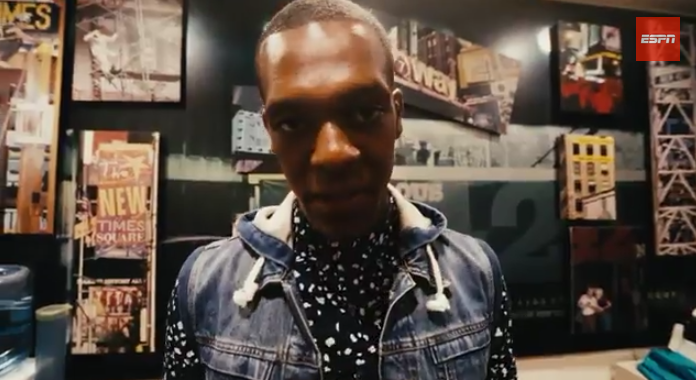 OK "staring" may not be the right word to describe Rondo's role, but hey, he's in there.

The avid Celtics fan may notice that Rondo is wearing the same outfit he sported on his "Good Morning America" appearance last week, meaning it probably wasn't too hard for the ABC/ESPN people to get him to say "I believe" into the camera while he was on the set.

Two things: One, if any of these stars actually do believe the U.S. will win the World Cup they're delusional.  And two, "This summer, we're all American outlaws" is kind of a weird promo slogan, don't you think?