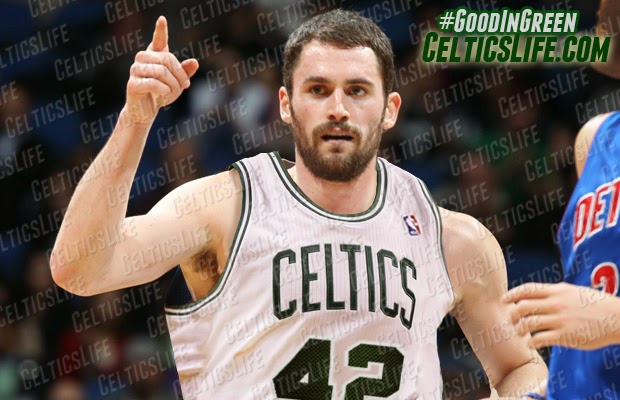 So as everyone knows by now..Kevin Love is in Boston.

He's been here since Friday, and judging by the random pictures taken of him, he either is having an unbelievable weekend..or maybe he's just a tremendously nice guy who loves smiling and taking pictures with people. Here's a sampling of the pictures, most of which were taken at today's Sox game.

Cask 'n Flagon (everyone there better have been buying his drinks):

While eating at Fenway:

Watching the game from the EMC Club:

With a bunch of dudes:

There were more pics from earlier in the weekend that JR already covered, but in case you missed them:

With a Harvard grad:

Just spoke w/ the Harvard grad who took this photo with @kevinlove in Boston today. My story: http://t.co/qZBrHZnf0o pic.twitter.com/wMxFrJLIZJ
— Baxter Holmes (@BaxterHolmes) May 31, 2014

Also, Love spent his Friday night hanging with the Patriots:

A little birdie tells me Kevin Love was in Boston last night hanging out with #Patriots players. Checking out his future hometown perhaps?
— Ben Volin (@BenVolin) May 31, 2014

Revis was one of the fellows hanging out with Kevin Love last night in Boston BTW
— Ben Volin (@BenVolin) May 31, 2014

But not the one Patriot that really should have been hanging out with him:

Gronk says he wasn’t part of the #Patriots crew that hung out with Kevin Love on Friday. His presence could’ve clinched it for the #Celtics
— Ben Volin (@BenVolin) June 1, 2014

So yea, Love seems to be having fun. Plus..his agent is there!

Have also heard that Kevin Love's agent is with him at Fenway.
— Baxter Holmes (@BaxterHolmes) June 1, 2014

Only one problem..why the hell isn't Rondo sitting with Love if he's at the Sox as well?

Hey Rondo, did you like winning 25 games? Get your ass off the monster seats and over to the EMC Club, or get Love to the monster. Unacceptable.

Anyway, I know that this visit doesn't necessarily mean anything, but at the same time he's hanging in Boston (a city he says he didn't know much about) right as the Celtics are rumored to be interested in him, and his agent is with him. I think it's totally possible that he's doing some reconnaissance on whether or not he wants to spend the next 5+ years here.

C'mon Danny, get it done. Sullinger and a few firsts for Love, then go and get a center via trade (Asik/Sanders) and draft a small forward at #17. Let's do this thing.