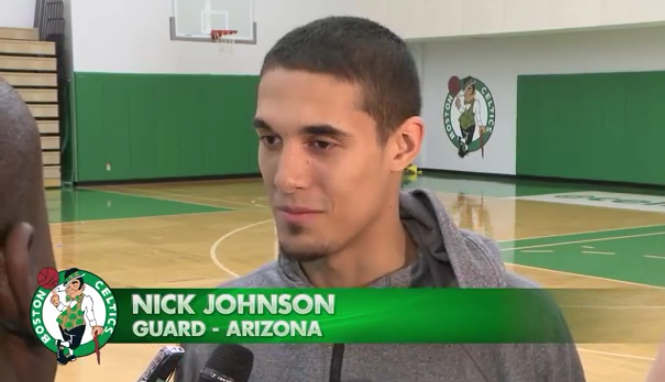 
Below is more from Louisville's Russ Smith, who speaks at length (at the prompting of CSNNE's A. Sherrod Blakely at the :45 second mark) about his eagerness to play with Rajon Rondo:

Believe it or not he's actually my favorite point guard... I love Rajon, I would love to play alongside him or back him up.


Smith and Nick Johnson are both projected as likely second round picks, and are ranked #48 and #51 overall by DraftExpress.