What the Hell Happened to...Don Chaney? 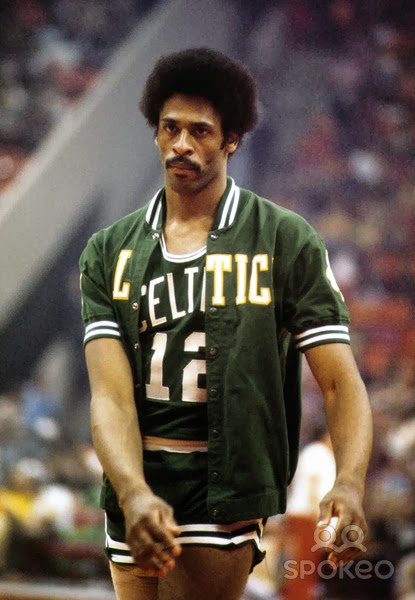 For the longest time he was the answer to a trivia question: the only man to play with both Bill Russell and Larry Bird.  Long before you may have known him as head NBA coach he was actually a pretty good basketball player for the Celtics, known as a lockdown defender.   A quiet guy off the floor, he gave more direction on the floor.  If you followed the Celts in the 70s, you definitely remember "the Duck," Don Chaney.

Don had a stupendous high school career at McKinley High in Baton Rouge, LA.  His mom had persuaded him to stick to basketball, not football, because of the extra-physicality that came with football.  Don had wanted to be a quarterback in high school and his mom literally walked onto the field and pulled him off.  Good thing for Celtics' fans.

He embarked on a very successful college career at the University of Houston, where he teamed with Elvin Hayes.  The highlight of his college career was likely the victory over UCLA and Lew Alcindor in the first game ever played in the Houston Astrodome. The Cougars snapped the Bruins’ 47-game winning streak in a nationally televised showdown that attracted the biggest crowd ever to see a basketball game at the time.

Chaney scored 1,133 points in his collegiate career and was a second-team All-American selection in 1968. The Celtics selected him in the first round of the 1968 draft with the 12th overall pick.  Don for one, was awestruck:

I cant still remember coming to the Celtics being in awe of all the guys who were your idols that you saw on TV at the time.  Being a rookie you were more or less ignored.  You paid the cab, fares, you carried the bags, you took the back seat to the veterans.


Don was a rookie in 1968-69, only appearing in 20 games during Bill Russell's last year.  He was there for the win in Game 7 in LA.  Then Russell retired and Chaney developed more of a role.  By 1972-73 he was starting and averaging around 13 ppg for the Celtic team that had the most regular season wins in its illustrious history (68).  By 1974 he was a key member on an NBA champion. 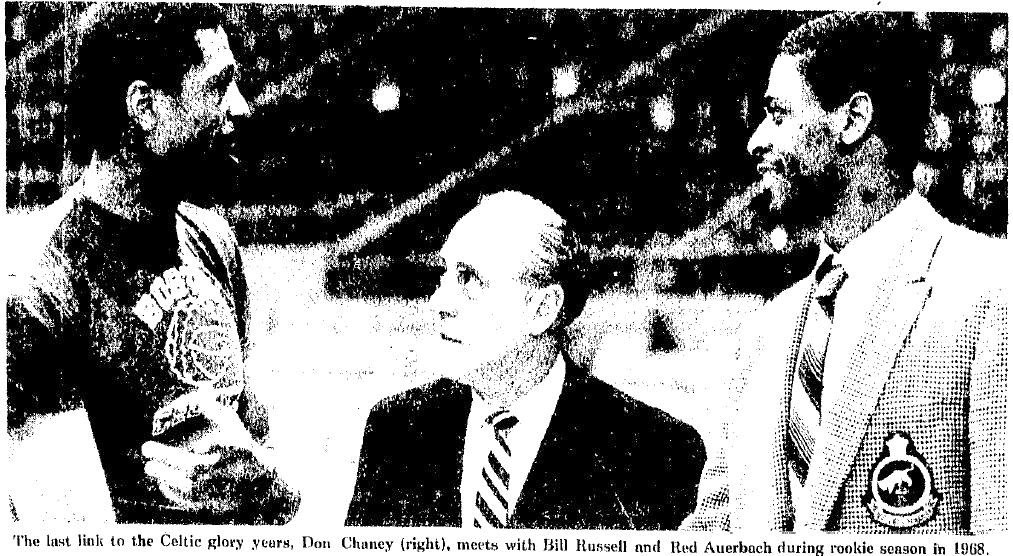 Always known for his ferocious defense (he made all defensive second team 5 times in his career), Don was very quiet off the floor, more mild mannered, but very talkative and intense on the court.  People heard him talk more when he was on the floor then off.  As he articulates:

I just felt like I was being paid to play and not for my opinions.


(If only other guys today acted the same way!)  But then Don hit everyone with a curve ball: he jumped to the ABA in 1975; people associated the ABA with flash and you probably would've expected someone more vociferous to head over.  But it was Chaney who went, shocking many along the way.

There were things said about my move to St Louis and I made statements and Red Auerbach made statements and from what I could tell, most fans seemed to be on his side.  But the time was turning.  Guys felt they were being used and the ABA made them feel more independent in their outlook.  You started thinking in terms of how much you could get instead of how much they were willing to give you.

At the time he left the Boston fans gave him a huge man-size trophy which totally caught him off-guard.  Why you wonder?  Former Boston Globe writer Walter Haynes eloquently explains:

The fans gave the trophy to Don because Don Chaney still exemplified the blood and guts of sports- no excuses and no crying towels and certainly no "flops" for the charging call.


[TB tangent: gotta be honest, you don't see many references from old-school NBA to "flopping."  The fact that Don didn't flop, raises him a few levels in my eyes.  Really the type of guy you want on your team.] 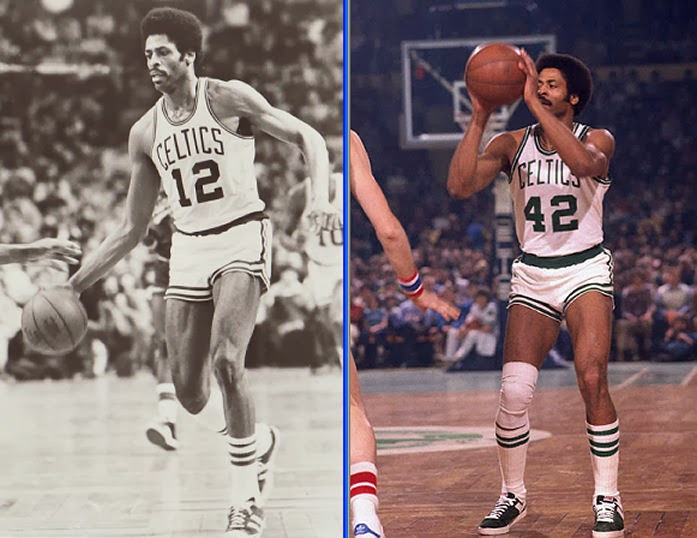 But after a stop in St Louis and a stop with the Enemy in LA, Don found himself back in Boston, maybe a bit older and slower because of a knee operation he had.  But although he loved being back in the Hub, it wasn't quite like it was for him when he left:

It was different when I got back; when I left we were a close team.  Everyone was around for a long time, we were a unit.  When I got back the old closeness was gone and guys had gone their separate ways.  When you boil it all down it's the ticket receipts now.  It's a new day, and it's all business.  I just don't think you're going to see players staying on one team for more than four years.  I think everyone is going to be moved around.

Don was definitely onto something there. His last year with the Celtics was 1980, or Larry Bird's rookie campaign.

If you never got to see Don play here's what he was: tough, hard-nosed, a hell of a defender, and quiet.  The type of supporting player you wanted and a guy that embodied Celtic pride.


Ah and then there was the nickname, Don "the Duck" Chaney.  I had always known it was his nickname but never knew why.  In something that would totally make Jay Bilas proud, Don acquired the nickname "Duck" because of his long arms; his wingspan was 82 inches.  Not sure how that came about exactly since ducks don't have arms, right?

Just like several other Celtics we've remembered to this point (Johnny Ezersky, Lou Tsioropoulos, Tony Delk, Xavier McDaniel, Kedrick Brown)  Don wore two numbers for the Celtics, 12 and 42, which you can see above.  [TB Tangent Part II: there's at least 3 other Celtics I can think of off the top of my head who also wore multiple numbers who we haven't featured yet in this segment: Tony Battie (40 & 4), Sherman Douglas (4 & 20) and Mikki Moore (31 & 7).]


Younger NBA fans today may remember Don Chaney the coach.  He coached for awhile, first as head coach of the Clippers from 1985-87.  Then after one season as an assistant under Bill Fitch with the Rockets, he became Houston's head coach in the 1988-89 season where he remained until 1992, even winning NBA coach of the year in 91 for getting a Rockets team with Olajuwon and very little else to 52 wins.  He was the head coach for 2 seasons in Detroit and then remained as an assistant again until replacing Jeff Van Gundy in 2001 and becoming Knicks' head coach.  He remained as Knicks' head coach for 2 and a half seasons before being replaced by Lenny Wilkens.


Today Don still lives in Houston with his wife Jackie.  In recent years he has occasionally filled in for some Rockets' games on their TV network.  He has a son Michael, 43, and two daughters Donna 41 and Kara 37. Donna and Kara are both graduates of the University of Texas, and Kara was also pursuing a degree at medical school at the University of Texas (Dallas). Don and Jackie are also proud grandparents of Michael's son, Jarron Chaney and Donna's four-month old son Alexander.

Lastly for all you collectors out there, this very cool authentic signed Don Chaney Celtics' jersey is available to buy.