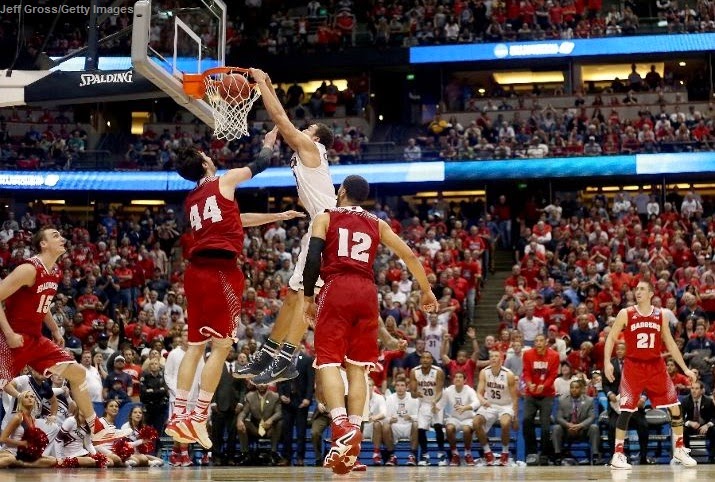 Barring a stunning change of mind, freshman Aaron Gordon has likely played his last game at Arizona and is headed to the NBA, sources said.
— Marc J. Spears (@SpearsNBAYahoo) March 30, 2014


Gordon's top-seeded Wildcats fell just short of a Final Four berth yesterday, losing to #2 seed Wisconsin 64-63 in overtime.  Despite being held to just 8 points on 3-11 shooting by a stingy Badger defense, Gordon still pulled down 18 rebounds.

For the season Gordon averaged 12.4 points, 8 rebounds, 2 assists, 1 block and 0.9 steals per game.  He is expected to be drafted in the 6-8 range, and there is a fairly good chance Boston will be choosing in one of those spots.

Based on the lottery odds, if the Celtics finish with either the 5th or 6th worst record in the league (they're currently 5th, one game "ahead" of the Lakers), the #6 pick is the single most likely scenario in each case; a 36% chance from the 5th position and a 44% from the 6th.