MarShon Brooks is headed to the D-League 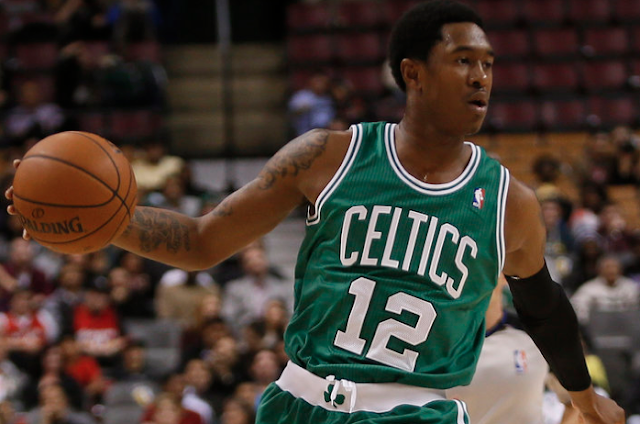 The Boston Celtics announced today that guard MarShon Brooks is headed to their NBA D-League affiliate The Maine Red Claws.

The Celtics announced that they have assigned MarShon Brooks to their NBA D-League affiliate, the Maine Red Claws: http://t.co/4AvfF3ZsJD

Brooks, who joined the Celtics in part of the trade with the Nets that sent Paul Pierce, Jason Terry, and Kevin Garnett to Brooklyn last summer, has appeared in just nine games this season averaging 6.8 minutes per game.

Brooks going to the D-League is not a bad thing. This is probably the best thing that could happen to him and his young career. MarShon Brooks is a scoring machine who averaged just under 30 minutes per game in his rookie year for the Nets. He can most certainly contribute to a team, he just happens to be playing on a team that has a log jam at the guard positions.

At 24 years old, this will be Brooks' first trip to the D-League, he'll most likely get to start up there, and hopefully we'll be hearing about him lighting it up in Portland in the near future.