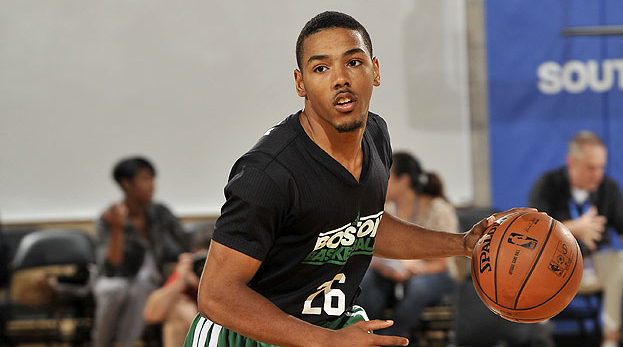 The recent trade of Jordan Crawford and MarShon Brooks to the Golden State Warriors did exactly what it was supposed to do- it helped Danny Ainge and the Celtics front office to accumulate more assets that will help the franchise speed through the rebuilding process.

With the return of Rajon Rondo and acquisition of Jerryd Bayless, the Celtics backcourt- for the first time this season- was thin. This meant a lot more potential playing time for Celtics rookie Phil Pressey. Apparently, additional minutes for Pressey was part of the plan when Ainge pulled off his most recent trade.

"One of the reasons that we made the trade that we made, was to give him an opportunity to play," Danny Ainge, Boston's president of basketball operations, told CSNNE.com. "He's played really well the last two games."

In the last two games, Pressey has racked up 19 assists without a single turnover. His prowess at distributing isn’t the only part of his game that has grabbed the eye of the front office.

"I think Phil has come a long way," Ainge said. "He is playing great right now. Not just the assists and the turnovers that everybody hypes up. I think his defense, his presence on the court, his confidence ... he's just getting better and better."

Much of his value is shining through in ways not measured by a box score. Pressey is moving the ball beautifully. His assist that set up fellow rookie Kelly Olynyk against the Lakers on January 17th was gorgeous.

With newly appointed captain Rajon Rondo back in action for the Celtics, it would be easy to view Pressey as just a back up- something that many Celtics fans feared would become a problem for Jordan Crawford down the line. Danny Ainge was very candid with the media when speaking about Pressey. It doesn’t sound like anyone sees him as just a back up at all.

Ainge added, "that's one of Phil's greatest strengths. When he's playing I really feel that the guys love playing with him."

Pressey, who grew up watching the Celtics when his dad, Paul Pressey, was a member of Doc Rivers’ coaching staff, is doing all the right things on and off the court- his primary goal is to help the team win and improve.