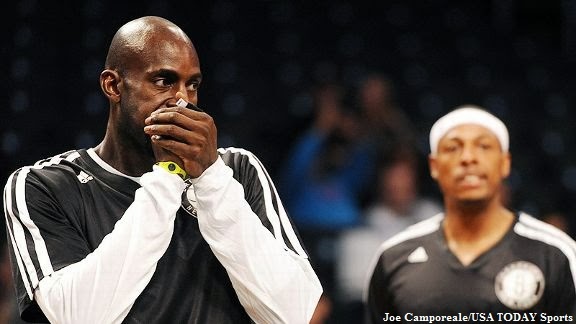 
EFG% is field goal percentage adjusted for made three pointers counting 1.5 times what a regular basket does.  In the entire league this season, Kevin Garnett and Paul Pierce rank 1st and 3rd respectively in players with the greatest drop in EFG% from last year.  Not only that, but the two future Hall of Famers have each seen a significant statistical decline across the board:

Yes, it's still early in the season, but it's more than likely age is finally catching up to these two.  With Pierce now out with a broken hand as well, it seems as though the Celtics picked the right time to deal away their veteran superstars.