So former Celtic Glen 'Big Baby' Davis had an episode recently when he smashed a hotel's front desk computer keyboard after he was told there were no more rooms available for him.  And even though Big Baby apologized immediately via twitter, the hotel franchise apparently wasn't ready to forgive him: 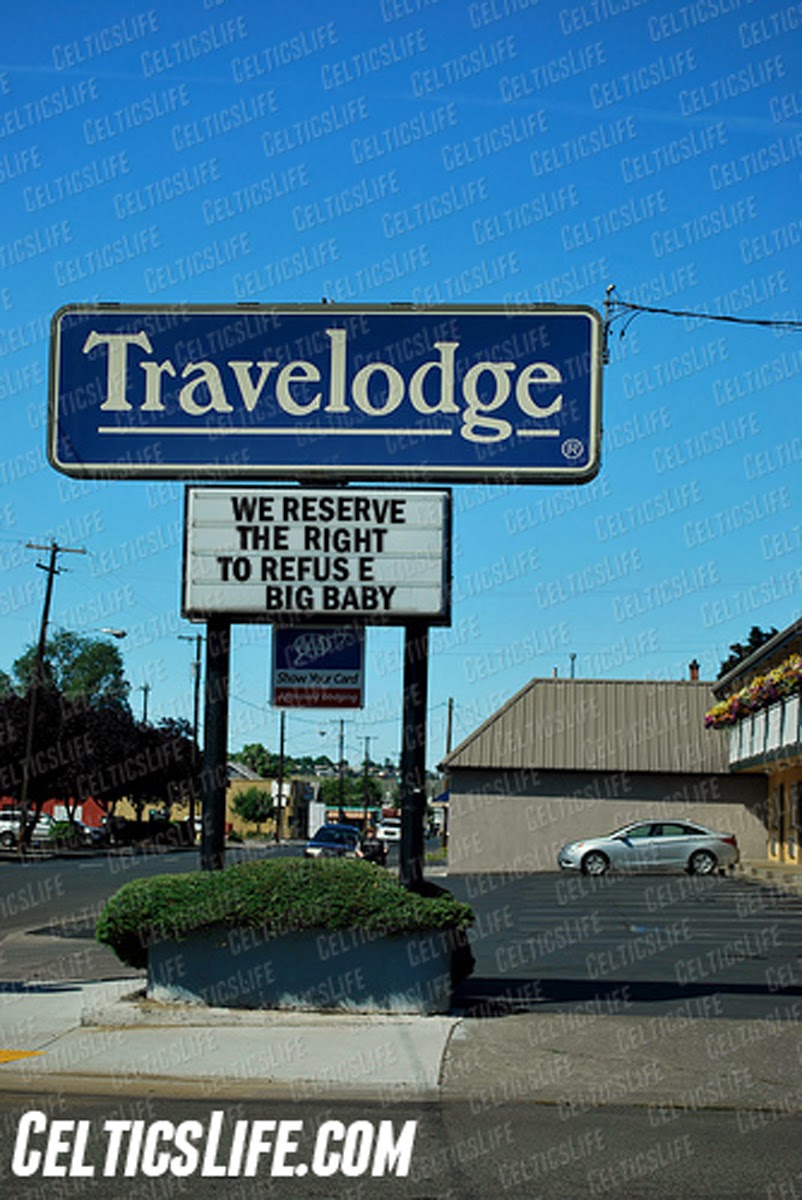