Paul Pierce says the Celtics have a 'bright future' 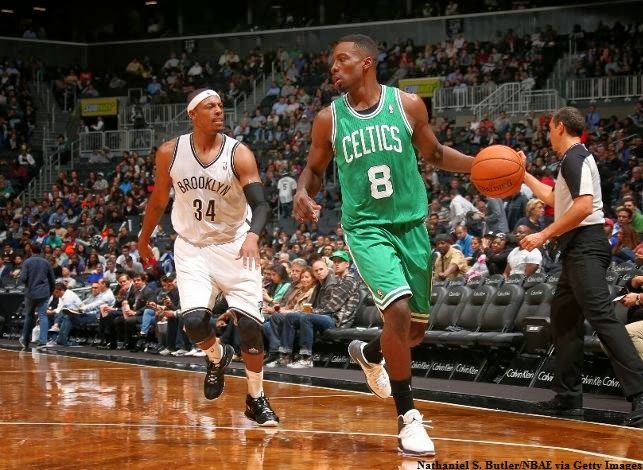 After last night's Celtics-Nets exhibition contest, Paul Pierce had a few kind words regarding the outlook of his former team (quotes via ESPN Boston's Chris Forsberg):

"They’ve got a lot of good, young talent. I’ve had a chance to watch them a couple times on TV. Obviously you see their big rookie [Kelly Olynyk]; you see [Jared] Sullinger, he’s taken the next step [and] I think he’s finally healthy; and then when they get Rondo back, this team has a bright future. Jeff Green, I expect him to emerge and really have a good season; Courtney Lee is comfortable out there; Avery [Bradley], it’s time for him to really step up. So they have some nice pieces to build with. I think they’re ready to assume that leadership position. I think they’ve learned well, saw the things that we were able to do in Boston and they’re ready to take over that role."


Whether or not you actually chose to believe this is at your own discretion.  I wouldn't expect Pierce to say anything less about his former franchise and teammates, even if he thinks they're going to be terrible this year.  However, Pierce definitely does seem interested in seeing Jeff Green develop and step into his shoes; according to Forsberg the two spent spent time together before the game (when Pierce visited the Celtics locker room), and made plans to talk throughout the season.