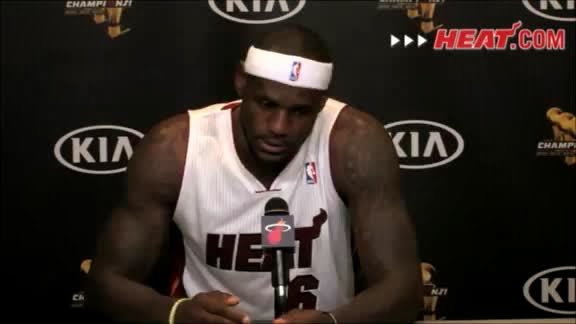 Tonight the Heat square off against the Nets for the first time this preseason.  Yesterday LeBron spoke about his reaction upon originally hearing that Paul Pierce and Kevin Garnett were dealt to Brooklyn:

"The first thing that I thought was like, `Wow, Ray (Allen) got killed for leaving Boston and now these guys are leaving Boston. I think it's OK. I don't mind it, but there was a couple guys that basically [criticized] Ray for leaving and everybody else is leaving.”


The fact that LeBron lives in a different world than the rest of us is nothing new.  However, I did expect that he would at least understand why signing for less money with your bitter rivals just weeks after being eliminated by them in the conference finals is not the same thing as accepting a trade because your franchise is looking to rebuild.

And to all the people who say "well KG had a no-trade clause, and Pierce talked him into going, so it is kind of the same," here's why it's definitely not: If you take a poll of Celtics fans, the vast majority of them were (and still are) mad at Allen for leaving.  However, you'd be hard pressed to find a single Bostonian who harbors any ill will towards Pierce or Garnett.  That alone should clearly illustrate how dissimilar the circumstances are.