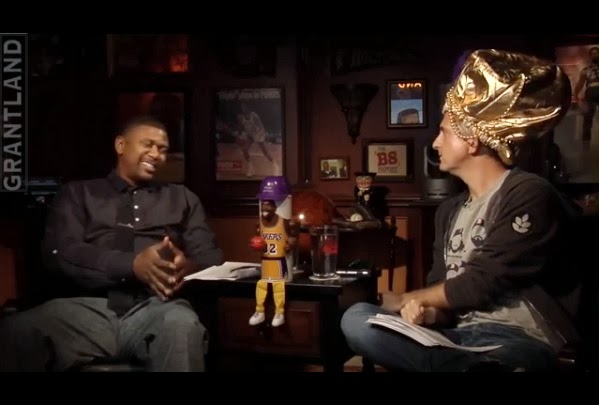 Bill Simmons and Jalen Rose have been doing a series of Grantland video podcast previews for each NBA team, ranking them in reverse order from #30 up to #1.  Today they featured #24, the Celtics.  When the topic of conversation turned to Rondo's future with the team, here's what they had to say:

Simmons: "Clairvoyant Bill thinks Rajon Rondo has 20 games or less left as a Boston Celtic. He will play 20 games or under this year with the 'BOS' next to it when we're looking at his career stats someday. Whether they hold him and hold him and hold him, and just shelve him and waste the season, and don’t bring him back till February then give him some fake injury so they can tank; or whether they get 15 games out of him and then trade him."

Rose: "Bill, this is why we give the people what they want. What you just described is the worst-kept secret in the NBA. Once you trade Paul Pierce, Kevin Garnett; the year before you lost Ray Allen, and you lose Doc Rivers, the next obvious domino is Rajon Rondo."

Simmons: "If you’re gonna blow it up, don’t leave like one room in the blown-up house and be like, 'Nah, I’m gonna keep the living room.’ You blow up the house."

Simmons: "They either have to convince him that we’re going to take care of you with a max extension, but you gotta sacrifice this year. He didn’t play the second half of last year, so he’s gonna give up a year and a half?"

Rose: "When Rondo shows that he’s back playing at an elite level, he will be traded from the Boston Celtics."


Personally, I disagree.  If the living room is newer than the others, recently remodeled, clearly the best room in the house, and one of the top 5 living rooms in the world (at a relatively affordable price in terms of market value), why wouldn't you hang on to it?

Here's the complete video, the above exchange comes at the 6:20 mark.