Doc says no disrespect towards Lakers with banners being covered 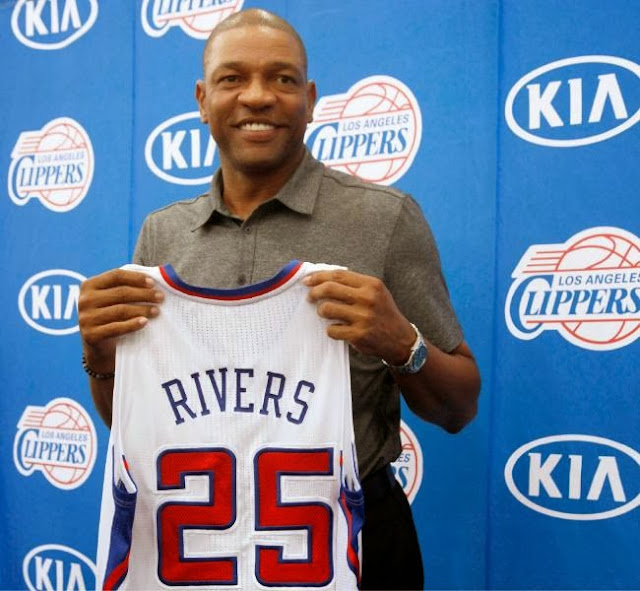 I understand Doc on this, but I also think if this was a few years ago that non of this would have been possible.The Clippers are the hot team, and the city, and the arena owners are running with it. Doc won't come out and say it, but it is a small jab at the Lakers. I don't mind him wanting to cover up those hiatus yellow, and purple eye sores.


"The culture is changing, and we want to be a winner," Rivers said Monday. "To do that, we have to make changes, and the one at Staples Center is one that I thought we needed to make. We don't leave the Lakers floor down, do we? And they don't play on the Clippers floor; they take it up. That's all.

"It's no disrespect. I have an amazing amount of respect for the Lakers. Having said that, I work for the Clippers, and when we play, it should be the Clippers' arena. I would say they probably feel the same way when they play. That's all it is."

First-year Lakers guard Nick Young, who played with the Clippers two years ago, took exception to the move when asked about it Sunday.

"He can do that?" Young said. "For real? That's disrespectful. We got to talk to Doc. He can't have that. We got to do something about that."

What I don't get is Nick Young. He just joined the team, and he's acting like he's been with the Lakers for the past 5 years. I think he's trying to win over a fanbase in Los Angles, and I guess it's a start for him.