Doc Rivers says Clippers should be better than any team he's coached, including 2008 Celtics 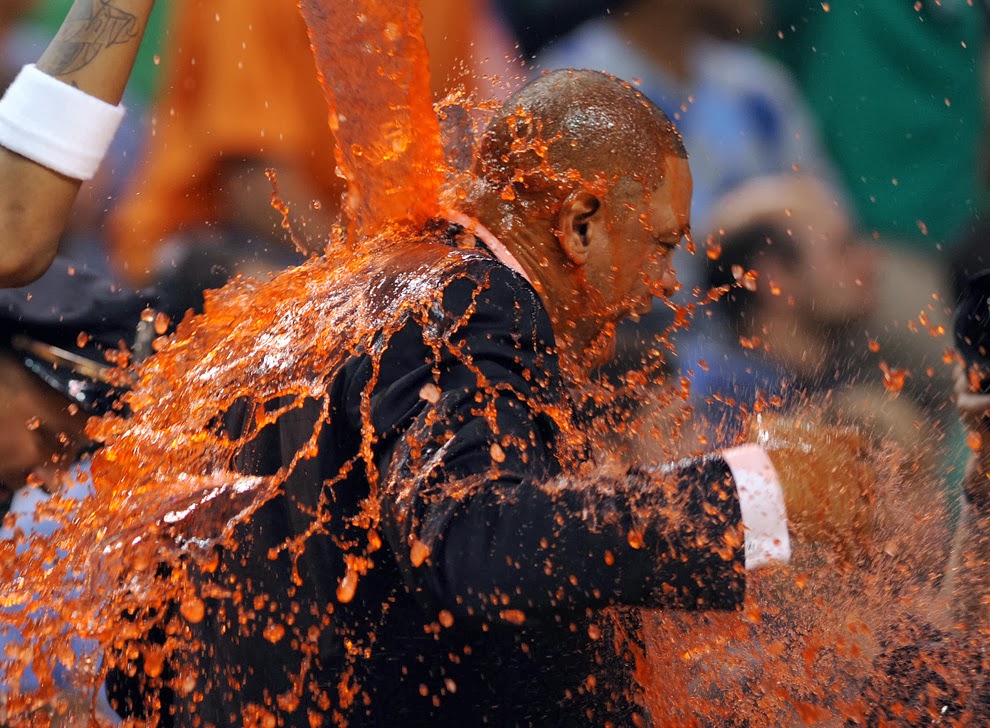 Doc Rivers really hasn't been making many friends around Boston lately, has he?

Just last week he said that the Lakers were the "best franchise in sports history", causing many Celtics fans to mutter obscenities towards the former Cs coach.

And now, Doc is once again touting LA > Boston..this time by saying that his Clippers team should be the best team he has ever coached. Yes, even better than the 2008 Celtics. From ESPN LA (h/t Yahoo! for the link)

"They should be better than any team I've ever coached, I really believe that," Rivers said. "They're more athletic. They don't have the veteran IQ but they should be in that area. We have a couple of individual defenders that can be dominating on defense. We have great speed but we don't have the size in some ways as some of the teams I've coached."

"That's our big three, I like our big three," Rivers said. "I like what DeAndre [Jordan] gives us. He gives us something a lot of the guys in the league can't do. He can block shots, he can run the floor, he can defend, he's talking and he's in the best shape of his career. He's doing a lot of great things for us."

Listen, I get that Doc needs to talk his team up. I really do.

But this is down right insanity.

It's important to remember just how dominant the Celtics were from the time the "New Big 3" came together right up until KG's knee injury in February, 2009. Once he got hurt, that dominance was scaled back, but for a season and a half we were watching some historic stuff.

So expecting any team (minus possibly the Heat, but I'm skeptical even with them) to match the levels the 2008 Celtics reached is asinine. You'd expect someone who had a front row seat to that season to understand that..but apparently not.

Also putting DeAndre Jordan in any "Big 3" makes that Big 3..um..not that good. He's an explosive big man who can dunk you out of the building and block some shots. But just three months ago the Clippers were desperate to trade him for a 37-year-old Garnett. Now he's a member of their Big 3? Cool story bro.

I still firmly believe that Doc should receive a standing ovation when he returns in December, but the man should probably stop talking for awhile.