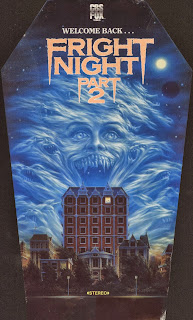 A recent Yahoo story from Justin Haskins says that Celtics.com reporter Mark D'Amico has reliable information that Brad Stevens has everyone, including the bigs, practicing the three point shot in practice:


Brad Stevens has been running three-point shooting drills in recent practices -- with the entire team shooting from beyond the arc. That's right, every player on the team is focusing on his three-point shooting, including Boston big men Jared Sullinger, Kris Humphries, Brandon Bass and Vitor Faverani.

In the first four preseason games, the Celtics have attempted 96 three-point shots, 30 more than their opponents, and it's not just the usual suspects either. The 6-foot-11-inch rookie Vitor Faverani has taken 4 three-point attempts, center Kelly Olynyk has 7 attempts and forward Jeff Green has an incredible 20 three-point attempts.

Even second-year player Jared Sullinger, who weighs in at 6-9 and 260 pounds, has taken 7 attempts from deep, which is truly remarkable given that he only managed to attempt 5 three-pointers in 45 regular season games in 2012-2013.

The mere possibility of Sully and especially Brandon Bass regularly hoisting up threes is probably causing most Celtic fans nightmares.

After all, who can forget Rasheed Wallace in 2009-2010 chucking close to four three pointers a game in limited playing time (23 mins. a game) and connecting on an abysmal 28 percent. This number is even more frustrating considering that when Wallace would actually get down on the block he was extremely effective.

It goes without saying that this was the lowest mark of his career.

Now with Vitor Faverini I can understand. From beyond the arc in the Spanish league he demonstrated a nice, if not erratic stroke. Furthermore SB Nation reports that NBA scouts said about Faverini:

"I can see him as a pick-and-pop big, offensively. Where he fits defensively and being a consistent rebounder will be the key."

Also, spreading the floor with this undersized Celtic team will allow for more penetration by the guards. Not unlike, the once very popular with college coaches dribble drive motion offense employed by, amongst others, John Calipari at Memphis with point guard Derrick Rose.

However, Brandon Bass shooting threes? The college three point shot, let alone the NBA three pointer, is clearly out of his range.

Jared Sullinger? He shot a total of five shots from beyond the arc last season connecting on a grand total of one.

The other problem with taking away Sully from the basket than his percentage and lack of experience from three is that he is a veritable offensive rebounding machine. While healthy last season, he averaged a projected 3 1/2 offensive boards a game per 36 minutes.

Now, this is where Brad Stevens analytic mind and background comes into play. According to basic mathematics, Sullinger only has to hit 33% from the arc to be as equivalently effective as his essentially fifty percent mark from inside the arc last season.

Long shots also lead to long rebounds which means the potential for more second chance possessions for The C's.

The bad news is long rebounds also lead to fast break opportunities so this year's Celtic team better learn to find their man in transition.

In reality, even though I am watching the Friday the Thirteenth marathon on AMC, I am not frightened whatsoever by these developments.

While working for Synergy Sports Technology I was able to observe Stevens offenses at Butler on a first hand basis and truly feel he is a genius basketball mind, especially on offense.

Having said that, I still feel we can not expect any three point production from Brandon Bass, unless, the Celtic staff decides to totally retool his shot, which I do not see happening.

I'm a fan of Bassy and feel he's been an excellent Celtic. However, he needs to stick to, at most, the seventeen foot jumper.

Anything outside of that range for him IS truly frightening.