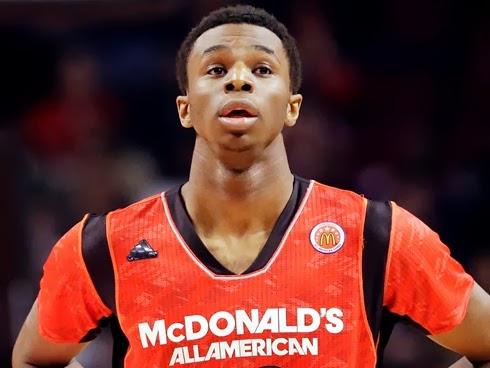 Andrew Wiggins is yet to take to the court for the first time at Kansas, but he is largely projected as the first overall pick in the 2014 NBA Draft. A draft many (but not all) Celtics fans hope to see Boston selecting very low in.

It is beginning to be reported that Wiggins may command a record breaking type of shoe deal when he does decide to turn pro:

It is assumed the deal would be from Nike, read more about it here from NBC Sports. Wiggins is a supreme talent, but this has to be a little too much, at least until we see him play, right?

This deal would project for Wiggins to be more marketable for Nike right out of the gate than LeBron James. Can't be... what do you guys think?