What the Hell Happened to...Kevin Pritchard? 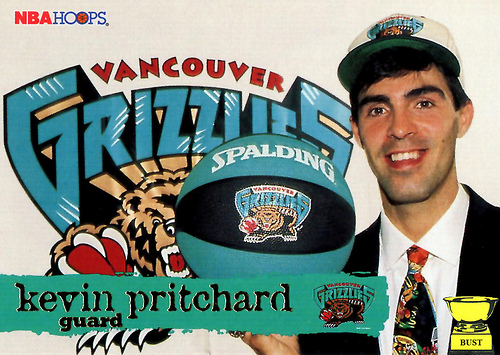 WTHHT is all about remembering guys who you may have forgotten about over the years. The index page even says "For those times, as Celtics fans, where you find yourself thinking back, wondering "What the Hell Happened to that guy who played for the Celts." However this week's article is a tad different. If you've followed the NBA closely over the past 10 years, the name is pretty familiar. In fact, it might make more sense if this particular article was titled "Holy Shit, Kevin Pritchard Played for the Celtics?" It is true and not so long ago, Kevin Pritchard was very much an NBA player who even made a cameo for the Celtics. 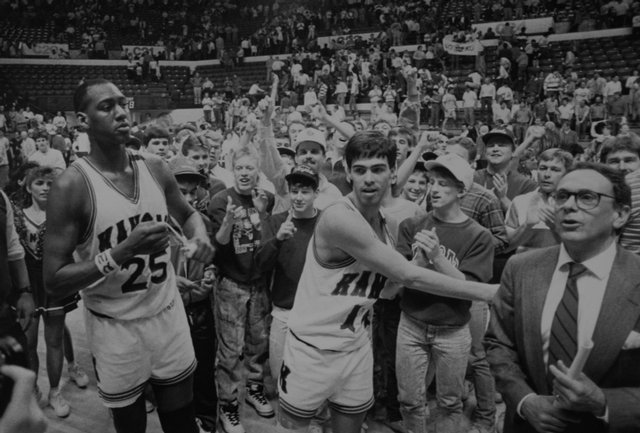 Kevin was born in Bloomington, Indiana but attended Thomas Edison HS in Tulsa, OK before committing to Kansas.  He had a superb college career, helping the Jayhawks win the 1988 NCAA Championship behind coach Larry Brown.  While Danny Manning was clearly their best player (and would be picked #1 in the draft), it was Pritchard who really was their #2 guy.   My esteemed colleague Cort Reynolds remembers back to Pritchard during his time in Kansas:


Pritchard actually was a great leaper, had a reported 39-inch vertical. I clearly recall when Kansas was playing Louisville on national TV, Pritchard was the only guy back on defensive transition.  Cardinal forward Tony Kimbro was driving right at KP and Al McGuire said "oh he's going to pull a disco move on pritch-ud" in his NY accent, anticipating the small white guard would get posterized.  But Pritchard, who was maybe a bit over 6-2, soared WAY up and rejected the 6-7 Kimbro cleanly at the apex as he went to try and dunk or lay it in over him. Unreal play, I'm surprised it's not on Youtube.


Pritchard would get drafted in the second round of the 1990 draft by the Golden State Warriors.  After one season and appearing in 62 games for Golden State, he was sold to the Spurs at the end of the season [Tangent time: did anyone have any idea guys were still sold in the 90s?  Certainly I didn't.  What's that you say?  Pau Gasol was sold to the Flakers by the Grizzlies in 2008?  Oh no, no my friend, Pau was "traded" to the Grizzlies for a terrific package of players!] 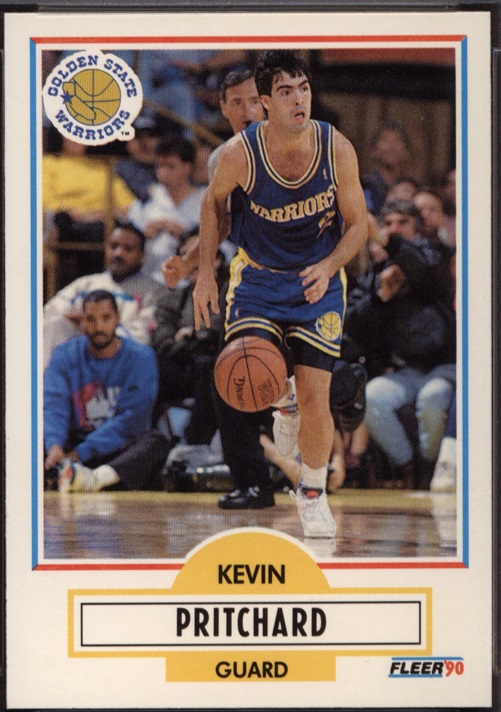 After being waived by the Spurs, Pritchard latched onto the Celtics in November of 1991.  Interestingly enough he signed two contracts with the Celts.  Check it out:

Unfortunately he also didn't make it past January 7th.  Kevin's line in Boston was: 11 games played, 12 minutes a night and 30 assists.  He averaged 8 assists per 36 minutes.

I recall the 92 season quite well.  It was Bird's last year and he was injured a lot during the season, still pulling out gutsy performances that make him a top player in NBA history.  Reggie Lewis was a blossoming star.  There was the in-season trade of Brian Shaw for Sherman Douglas, the devastating Dee Brown injury before the season started and guys like Kenny Battle and Tony Massenburg were brought in.  I remember seeing Pritchard play and thinking of him to be sort of like Jerry Sichting, but that'd be a disservice to Jerry (Pritchard did sport #12 in Boston like Sichting). 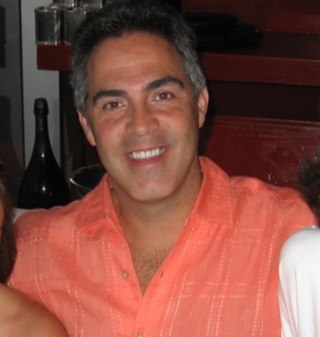 Pritchard wasn't a pure point, more of an "undersized two-guard playing the point" as Cort Reynolds described him.  He was a good, but not great shooter and was pretty athletic.

After leaving the Celtics in 92, Pritchard would play overseas in Spain and Italy for 1993 and 1994.  In 1995 he returned back to the US and appeared in 19 games splitting time between the Sixers and Heat.

In May of 1995, Pritchard became the first player ever to sign with the new expansion Vancouver Grizzlies (hence the picture above).  However he never played for Vancouver, instead being jettisoned that November from Vancouver to Orlando for Anthony Avent.  He'd be waived by the Magic upon arrival and wound up signing a 10 day contract with Washington in 1996, appearing in the two final NBA games of his career.  Kevin would never play in an NBA playoff game. He played one more season in Germany for Bayer Leverkusen in 97 before retiring. 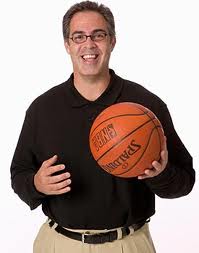 As many of you are well aware, Pritchard has remained very much in the news in the NBA since retiring.   He had a few small coaching and scouting jobs between 2001 to 2005, when he caught his big break with the Portland Trailblazers.  He first served as their interim head coach in 2005 for Mo Cheeks who was fired, and in 2006, was promoted to assistant general manager to Steve Patterson.  He helped orchestrate the trade to acquire Brandon Roy as well as LaMarcus Aldridge (now that's impressive drafting!).  And when Patterson resigned in 2007, Pritchard was named general manager, meaning he was in charge when the Blazers drafted Greg Oden overall as the number 1 pick.

In June 2010, after really helping assemble a strong team in Portland, Pritchard was fired.  Today Kevin has reunited with his 1992 Celtics-teammate, Larry Bird, and serves as the general manager of the Pacers.  It's obvious Pritchard has a good eye for talent and Bird sees this as well.  Kevin is also author of the book Help the Helper which is a book that explains building team unity in the business world.

Special shout-out to Cort Reynolds for filling in some valuable information on Kevin's career.  Definitely check out his epic book on the 87 Celtics, "The Greatest Team That Should Have Been" and the Larry Legend Nostalgia Basketball book, located halfway down the page .