Get ready for "Paul Pierce's Sports Bar and Grille" to open by the Garden in 2023? 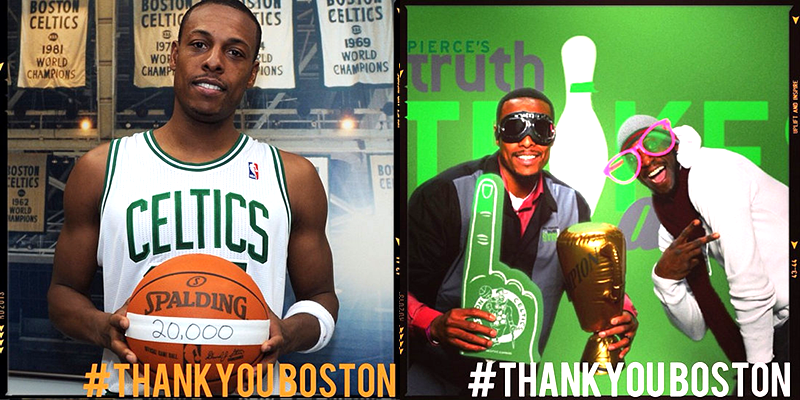 In yesterday's Boston Globe Gary Washburn shared some quotes from Paul Pierce about what his plans are for life after basketball:

“Ultimately, what I would like to do is have a business in Boston. Maybe like a sports bar. I would love to do something like that here. None of the former Celtic great players have come and done that. I thought about it, and why hasn’t anyone come and opened up a nice restaurant? You see the Don Shula restaurant, the Michael Jordan restaurant, and Magic [Johnson] got the theaters in LA. Why nobody here? All this history, all these championships and love, why has nobody done that?

“I am going to still have relationships here. I’m always going to come to this city. Every year, when I’m done, I’m going to have a reason to come here.”


Pierce also stated he holds no grudge towards the organization for dealing him, and even suggested he might pursue a front office position alongside his former employers:


“Who knows? I may be working for Wyc Grousbeck or Danny Ainge. A lot of players don’t understand it. I’ve always understood it. And [other players] let their pride and ego get in the way. I’ve made a lot of money here, I’ve built relationships, won a championship here, I thank y’all for everything y’all gave me. How can I be mad for everything they’ve given me. I’m thankful.”


I imagine the Celtics would love to have Pierce back in some capacity after he retires.  And I can't wait to grab a pre-game beer in "The Truth Tavern" someday.