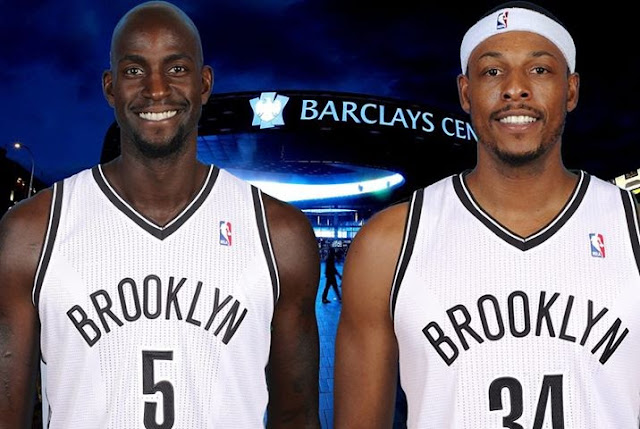 In an interview with former Celtics head coach Doc Rivers, Doc expressed that the move to Brooklyn could possibly rejuvenate Paul Pierce and "give him more life."

"I think in some ways, it may give him more life," Rivers said. "But I just think it's tough for him personally. Like he said in the press conference, he wanted to stay and wasn't allowed to, and that's tough for him."


Doc doesn't really go into the reasons why the trade might give Pierce more life, so it's hard to tell if he was just being optimistic for the interview or if he really believes that The Truth will shine for the Nets. Pierce has already stated that he feels he will be a "glorified role player" in Brooklyn, so we will see if Pierce truly embraces his new team and role, as well as how he works with new coach Jason Kidd after working with a veteran coach like Doc.

The Celtics will play the Nets twice in the upcoming preseason, on October 15th in Brooklyn and October 23rd in Boston. Should Pierce suit up in these early games, we might get a preview of how he responds to playing for his new team.