What the Hell Happened to...Jack Foley? 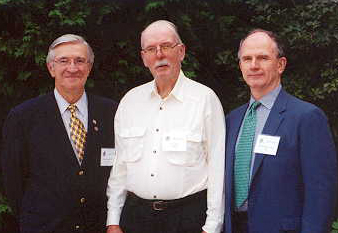 This week in WTHHT, we remember the second alumni of Holy Cross (after Togo Palazzi).  If you think we're talking about Cousy or Heinsohn, certainly you don't remember Jack "The Shot" Foley.

Jack Foley was an absurd high school player at Assumption Prep in MA.  He scored 920 points in 22 games which comes out to a 41.8 ppg average in 1958, his senior season.  (Hence the nickname "The Shot."  Apparently he went by it in college too, just like if you were to say "Penny" for Anfernee Hardaway or "Magic" for Earvin Johnson, he went by "The Shot."  How cool is that?)

Fortunately for Holy Cross, Jack stayed nearby (Assumption is in Worcester) for college.  Since freshmen weren't eligible to play on Varsity back then Jack would have to wait a year, but sure enough, was the real deal once he laced them up.  He became the first Crusader to score over 2,000 points; that's right folks Cousy, Heinsohn nor Palazzi accomplished the feat (Tommy cracked 1800!).  In his senior year Foley was the nation's second leading scorer. 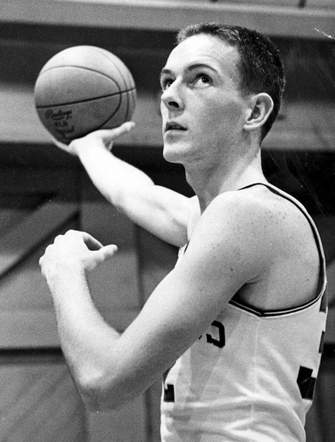 The Celtics picked Foley with their second round pick in 1962, #16 overall (they got John Havlicek in round 1 at pick #7 after Paul Hogue, Len Chappell and Wayne Hightower were selected.  Souting back then must've been more challenging).  Despite being drafted, Jack couldn't immediately report to camp as he had to fulfill his duty in the Coast Guard at the Training Station, Avery Point.  He would report to the Celtics in late December of 1962.  Interestingly enough under the Military Service Ruling of the NBA at the time, Foley would have 30 days to make the Celtics and if he didn't, would then be eligible to be claimed by any other team.  Certainly a far cry from the guaranteed contracts first round picks get today.

Jack's time with the Celtics though would not replicate the display he put on back at Holy Cross.  He'd only play in 5 games with the Celtics, averaging 9 minutes per game and 6 ppg.  In January of 1963 (about 30 or so days after he arrived), the Celtics would sell Foley to the Knicks.  The deal was strictly for cash, no other players involved.  At the time it's believed that the Celtics were interested in Gene Shue but that trade fell through.  Apparently it was a numbers game for Jack, as the Celtics' had to trim their roster down to 12 to abide by League Rules (the phantom injured list of the 80s and 90s wasn't in play nor was the expansion from 12 to 15 as the NBA follows today).

For the Knicks, Jack would only appear in 6 games that year.  And suddenly, that is it.  No more NBA, no more basketball and frankly, not much of an explanation.  I'd have more questions but back then, if a guy didn't like his gig, there were more lucrative professions.  Remember this was during a time when the guys worked part-time jobs in the summer.  Imagine Tom Heinsohn showing up to your house in 1963 selling insurance?  It happened folks.)
After his playing career ended, Jack stayed nearby in Barre, MA, where he served as a part-time police officer for many years.  During the 90s he was both a teacher and varsity basketball coach at South High in Worcester, MA.  "Always good" was the common phrase you'd hear from him.  He was always very respectful, a true gentleman.  I was able to speak with a very credible source: Mary Jane Robbins at King Arthur Flour who grew up in Barre and knew Jack's kids from high school.  Barre is an about an hour from Worcester, MA.  Mary Jane explained that Jack is retired but still lives in Barre today at age 74.  Maybe if there's any Celticslife faithful in Barre they can stop by and say hi to The Shot!  And also you can check out Mary Jane's delicious butterscotch pecan basketball cupcakes: flick, swish, nothin but net!