What the Hell Happened to...Charles Claxton? 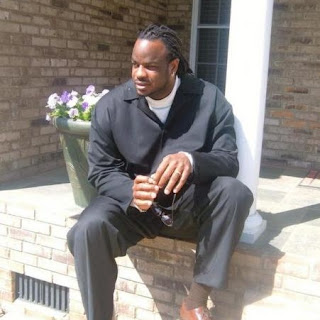 This week in What the Hell Happened To, we go back to the 90s, when legit 7 foot big men roamed the paint!  If you remember the mid-90s Celtics, you might think I was referring to Steve Hamer, but we've already covered Steve.  This go-round, we remember Charles Claxton.

Charles attended Miami Carol City HS before going on to the University of Georgia (side note: he is one of 3 NBA players to be born in the Virgin Islands!  Tim Duncan and Raja Bell are the other two).

After a very successful career at Georgia, the Suns picked Claxton with the 50th overall pick in the 1994 draft.  I distinctly remember that draft and thinking he'd be a late first round pick.  I'd seen him play a couple times at Georgia and was impressed with his abilities.  And back then, centers with some skills were almost always picked in the first round. 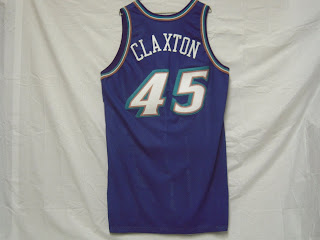 Despite being picked by the Suns in 1994 he never signed with the team that year, deciding instead to return to college (he must not have hired an agent).  It was a tough decision at the time:

I thought about everything. Going to Europe, going back to school, trying to make the team with the Suns.


Charles returned to Georgia where he put up solid numbers his senior year.  The Suns would renounce his rights.  The Celtics came along the following October of 1995 (after he was waived by Cleveland) and wound up signing him.

Charles' career stat line for the Celtics: 3 games, 7 minutes, 1-2 from the field.  However he is credited for 1 block shot, meaning his blocks-per-game-per 36 minutes would be 5.1!  A staggering number indeed.

Playing for the Celtics was Charles' only appearance in the pros for a regular season game.  Which means that this game-worn jersey being sold online for his time with the Jazz came from a pre-season game. 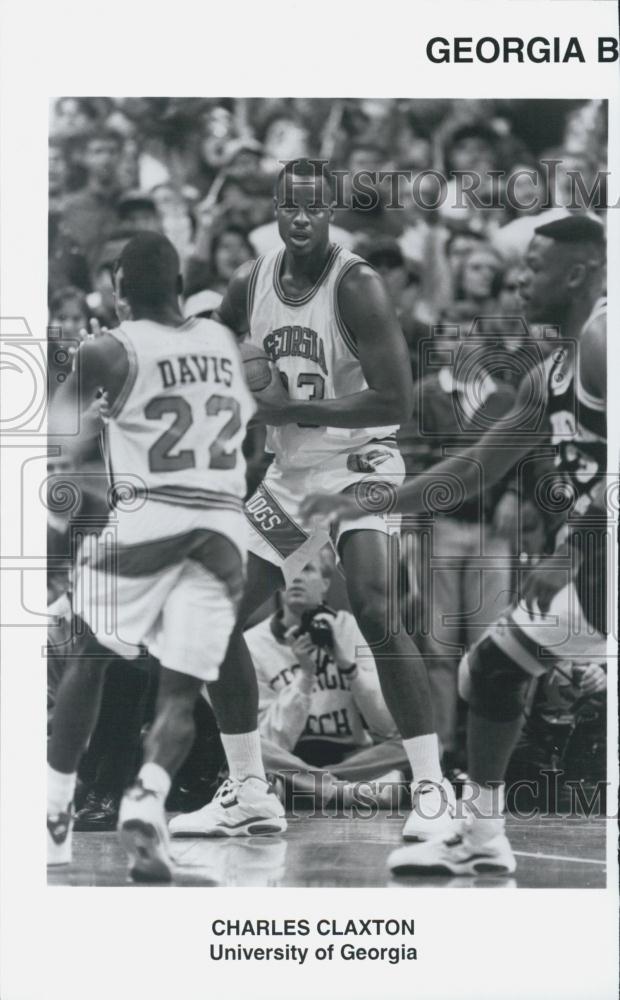 When Charles was in college at the University of Georgia, I thought he'd develop into a better pro.  He was a legit 7 foot and 270 and back then, guys with his size and skill-set could generally last in the NBA for quite some time.  Of course in today's height-challenged NBA, where centers are much shorter on average, it would've been harder.  But back in 1996?  I figured he'd be a fixture for at least 5 seasons.  It never worked out that way for Charles.

It doesn't mean Charles didn't appreciate his chance; he was actually a big Celtics' fan growing up. Since the games he played were in the new Fleet Center, as the Boston Garden had closed out the previous year, he was happy to know the legendary parquet floor transferred over:

"I just want to play on that floor", he said with a smile.

After leaving the NBA, Claxton played professionally overseas, including a stint with the Brighton Bears in the UK as well as with Baloncesto Superior Nacional in Puerto Rico and in Lithuania, with Atleta Kaunas.

Today Charles lives in Greenville, SC with his wife Nicole and their 3 children.  He runs a Moving/Delivery Company called CNC Delivery Service which is a licensed and bonded freight shopping and trucking company.  Interestingly enough, Xavier McDaniel runs his company in Blythewood, SC as well!  Imagine the possibilities if Claxton & the X-Man teamed up?  According to Google Maps it's about an hour and 45 minute drive:

I could see it now: Xman & Claxton, LLC!

In his spare time, similar to Ronnie Grandison and Larry Sykes amongst others, Charles helps out with the Raptors Elite AAU team.  His wife Nicole can also be found on Twitter here.  And Charles used to have his own myspace page here.  Long live Bigdaddyclax!