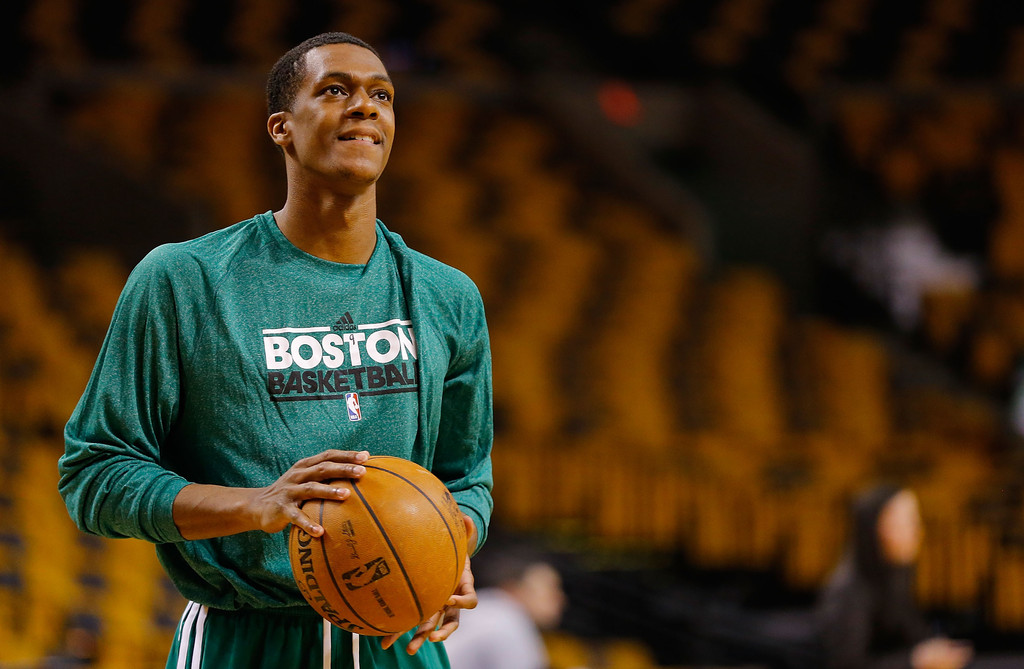 Very little surprises me in the media these days. Information is instantaneous, and more people than ever have a voice thanks to the blogging revolution, leading to a surplus of the written word. In most cases very little could catch you off guard just because seemingly everything has been discussed from every angle.

Yet, this surprised me.

This wasn't about Rondo's play, but instead his "confrontational" personality, and his ability to be coached. Here are some of the "highlights".

But Stevens isn’t yet equipped to handle the egos of the NBA, especially that of Rondo.

“That’s the biggest question,” said one source familiar with both Stevens and Rondo. “Brad isn’t a confrontational guy and Rondo is the opposite. This could be a disaster.”

Rondo is difficult, according to numerous sources who have played with him or coached him. He’s often questions authority and does it in a manner that fractures relationships. He’s a loner with few friends and a negative vibe that can quickly affect a locker room. Multiple sources said he wasn’t well-liked when he was in the USA Basketball program a few years ago and was basically sent home due to his attitude.

Rondo barely respected Doc Rivers. Tubby Smith won’t admit it on the record, but those close to him admit he couldn’t stand coaching Rondo at Kentucky. How’s it going to work with Stevens?

It’s not. The majority of this group, which is filled with a bunch of mediocre players, should be OK. Jared Sullinger knows all about Stevens. So does Avery Bradley. This year’s first-round pick, Kelly Olynyk, played against Butler this past season. Even guys like Jeff Green and Courtney Lee are young enough to value what Stevens has done at the college level.

However, Rondo is a different story.

Fortunately, there won’t be high expectations for Stevens as he adjusts to the NBA. No one will flinch when he wins 25 games in his rookie campaign. In fact, that’s what Celtics fans should be clamoring for, to boost their chances in the 2014 NBA Draft Andrew Wiggins Sweepstakes.

Stevens’ first order of business should be hiring a staff that includes assistant coaches with NBA experience -- and at least one former NBA player. His second? Pleading with Ainge to jettison Rondo. 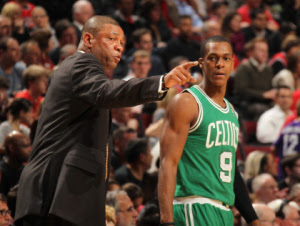 Pretty sure Goodman could have called Rondo a terrible human being with no redeemable qualities and saved about 750 words.

Honestly it's hard to wrap my head around Goodman's incredible rip job. Rondo is an extremely intelligent basketball player who absolutely can be tough to coach at times, and is still dealing with some maturity issues. I think that anyone who has watched him play would vouch for that. However, calling him a "loner with few friends" and saying that he didn't respect Doc are huge statements to make while using the crutch of "sources close to the situation say".

And this isn't the first time Goodman has crushed Rondo, leading me to believe that there is something else going on here.

Here is what Goodman had to say on WEEI just a week ago about Rondo leading the team in the post-KG/Pierce era (h/t Inside Hoops for transcribing).

"He's a loner, he challenges authority, he's kind of a downer, he's not a positive guy. Every time you walked into the locker room it looked like players didn't want to be around with him or converse with him"

"The only person he's been able to establish a good relationship with was Kendrick Perkins. That was it."


Not as serious with his accusations, but clearly there is a pattern here. Makes you wonder if Goodman is really ahead of the curve when it comes to Rondo's issues, or if there is a personal vendetta against the Celtics star based on some incident in the past.

In my opinion, something smells funny. Rondo gives off a negative vibe, doesn't respect his coach and is almost universally disliked..yet has been the starting point guard on five playoff teams, three teams that made the conference finals, two that made the NBA finals and one world champion?

And save me the "But Pierce and KG were the leaders!" crap. That's true, but it also isn't all that relevant. If your team hates it's point guard, that would eventually show, whether he was the team leader, or simply one of it's better players. That is not a situation that breeds consistent success.

I'm on record as saying the Celtics should investigate deals for Rondo (not give him away..but see what his trade value is), but it has nothing to do with this unsubstantiated crap. It's because he's their best asset and two years away from cashing in, meaning the C's will either need to max him out, or deal him when his value is highest (probably right after he shows the NBA world he's healthy). However, articles like this almost makes me want the Celtics to hold on to him no matter what, and see if he can put all of these rumors to bed.

P.S. In closing, happy 4th of July everyone. Never forget the soldiers, both active and from the past that helped make this the best country in the world. Imagine how lame the NBA would be if America was still a British colony.

Breaking down the five most likely trade possibilities for Rajon Rondo