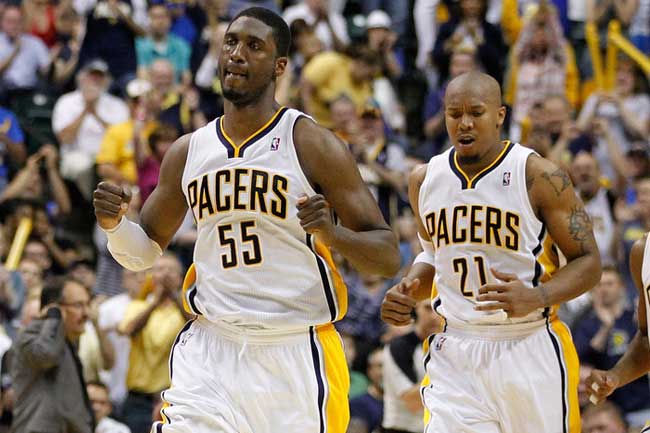 It's a Game 7 tradition in Miami.

The opponent loses a hard fought seven game series to the Heat, and then bypasses the traditional post-series handshakes and hugs, instead heading straight to the locker room.

Last season it was Rajon Rondo and Kevin Garnett, this year it was Roy Hibbert and David West. From the Indy Star.

He’s old school. He’s like the players in the 1980’s. He doesn’t have time to be buddies with his opponent. That’s why West never shook hands with any Heat players during the 10 meetings this season.

For Hibbert, it was different.

He’s never played with any of the Heat players. He respects them, but it wasn’t the time to be crashing their party.

The above passage reinforces my man-love for David West, who would have fit right in with Kevin Garnett and the Celtics had the team sealed the deal with the free agent in 2011. Just a hard nose guy who fights for everything on the court and isn't interested in making friends off of it. Perfect Celtic.

Of course, I highly doubt Miami cares. For the third straight season they're heading to the Finals, and now the Pacers bandwagon empties, and the Spurs' starts to fill.

One hell of a Finals coming up.