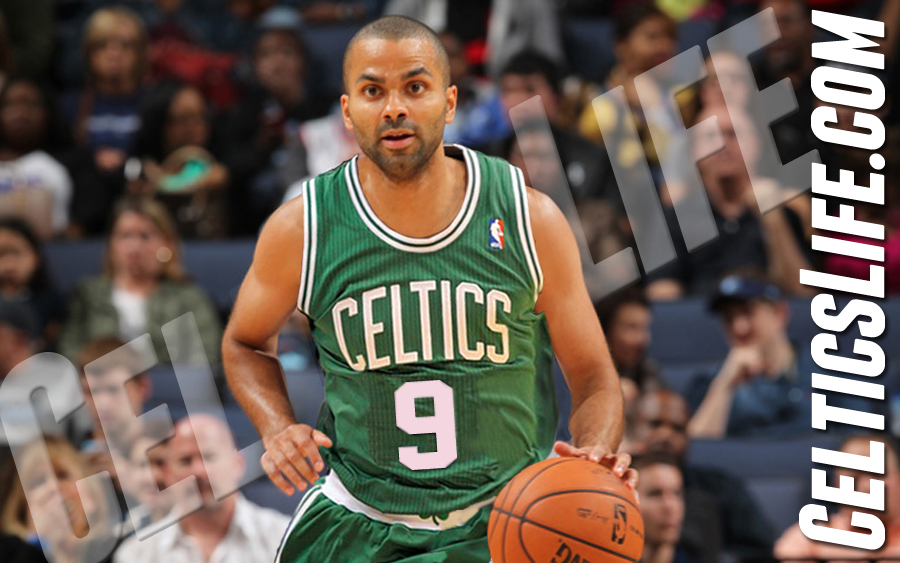 In recent years the San Antonio Spurs and Boston Celtics have often been compared to each other. Both teams were the veteran squads trying to muster enough to compete for a title one more time. Both teams were still led by veteran big men from the 90's, Tim Duncan and Kevin Garnett. Both teams still how crafty wing scorers now in their mid 30's in Manu Ginobili and Paul Pierce. Both had younger point guard All-Stars in Tony Parker and Rajon Rondo.  And both teams were led by longtime respected head coaches Greg Popovich and Doc Rivers.

Now as the Spurs are up 1 game to 0 vs the Heat in the Finals, while the Celtics still smart from their first round loss to the Knicks it's worth noting how many Spurs could have been Celtics. The player everyone likes to bring up is Tim Duncan. M.L. Carr had made an Auerbachian trade to secure a second lottery pick in the Duncan draft and the team had tanked to finish with the worst record in the league. Adding in that extra lottery pick gave the Celtics a 40% chance to snag the #1 pick (the best odds any team has had since the weighted lottery system came into place).

Of course the Spurs got the first pick instead. Now me personally I never cry foul on this, since it would be like bitching about putting all your money on red in roulette and losing it as it landed on black. But what really made the Spurs is all the complimentary pieces Popovich and General Manager R.C. Buford were able to add to Duncan.
The Spurs point guard, Tony Parker, was actually given a Celtics hat on draft night 2001.

Here's the story straight from Parker:


"[The Celtics] made my eyes watery at the draft. You have the NBA lady, Chrissy, she comes to me and it was the 19th pick. She gives me a Celtics cap, says they're gonna pick you.' And it was like three minutes left on the clock, you know you get five minutes to pick somebody, and the at one minute she comes back and she takes the cap and she's like 'oh no, they changed their mind,' and they took my cap back and I was like 'what?!' and Pop stepped in and drafted me."

The well documented reason for the hat take back was because the current Celtics GM, Chris Wallace, made the buffoon move of letting an 83 year old Red Auerbach (who hadn't drafted or scouted players in years) make the pick. Wallace and then Coach Jim O'Brien wanted Parker, but Red wanted Joe Forte instead. Now I know Red was very hurt when Pitino had stripped him of his president crown and it was a smart move to give that back to Red when Pitino left, but that should have been a title in name not in power. Needless to say the Spurs got the foreign all-star point guard and the Celtics got an idiot undersized shooting guard who wore Lakers jerseys on the bench.

But Tony Parker isn't the only foreign import the Spurs drafted that the Celtics passed on. A couple years earlier Manu Ginobili slipped to the end of the 2nd round and fell to the Spurs as the 57th overall pick, or two picks after the Celtics drafting of Kris Clack at #55 (See TB's post for a Classic Wallace quote on Clack).

Ok so we've covered the Spurs Big 3, what about the supporting cast? In 2009 the Celtics were coming off a loss to the Magic in the Conference semifinals. Their bench was super thin. So thin that Brian Scalabrine was the only backup front court player in the playoffs. Three players fell into the 2nd round that year that were projected as 1st rounders. Chase Budinger, DeJuan Blair, and Danny Green. The Celtics wouldn't be picking until the end of the 2nd round. To grab one or more of these players the Celtics would either need to trade a future 2nd rounder and/or send cash. They didn't and they ended up with Lester Hudson from that draft. The Spurs grabbed Blair, the Rockets got Budinger, and the Cavs took Danny Green. Green would later be waived a year later and the Celtics once again passed on him, this time for free. 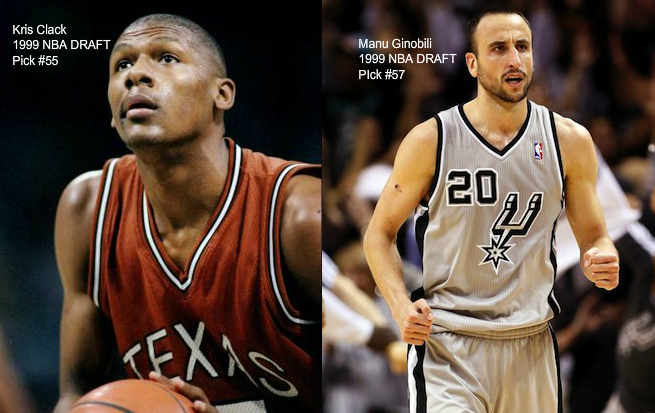 What about the sharp shooting Gary Neal? He went undrafted and the Spurs signed him in the Summer of 2010, while the Celtics signed Von Wafer to be their sharp shooter. And the rest of the Spurs rotation players were all for the taking. Tiago Splitter lasted until the end of the 1st round in 2007, back when teams were selling late 1st rounders for cash. 4 picks earlier the Suns had traded their first rounder for cash. Diaw was bought out by the Bobcats and was available to all teams last year. The Spurs even beat the Celtics in the ginger wars as Matt Bonner has proven to be a much better player than Brian Scalabrine.

The point here is that the Spurs have not had even one lottery pick since they drafted Tim Duncan. The Celtics have had about a half a dozen lottery picks since drafting Paul Pierce. You don't need lottery picks to build a winner. You need smart management. The Celtics dropped the ball on international players when stars were available in the latter part of the first round or 2nd round.  And the Celtics dropped the ball when teams were selling late first rounders and 2nd rounders for cash. You add Parker, Manu, and Splitter to this Celtics squad and see if they only end up with 1 title.

Danny Ainge had one great year as a GM when he traded a #5 pick for Ray Allen and traded Al Jefferson and the Timberwolves lottery pick back to them (Kahn stupidly used it on Flynn over Curry) for KG. Ainge also signed Posey, House, Brown, and Cassell. But the reason why the Spurs have 4 titles and are going for #5, while Ainge's Celtics only ended up with 1 is because R.C. Buford has just been better than Ainge. He drafted George Hill the year the Celtics drafted J.R. Giddens. Then when Hill was up for a large contract that the Spurs couldn't afford, he flipped him for Kawhi Leonard.

Buford was able to add players like Leonard, Parker, Manu, and Splitter without having cap space or a pick outside the end of the 1st round. Now Ainge isn't horrible. Like I said he had that one good year. And he also snagged Rajon Rondo late in the 1st round (though he got lucky when the Sonics refused to give up Robert Swift for Rondo a year later). Ainge was also right to draft Avery Bradley over James Anderson a few years back. And I feel like Ainge has attempted to make a couple great trades since the championship year, it's just that they didn't come to fruition. He was right to traget James Harden from the Thunder, but he settled for Jeff Green. And Ainge made a great attempt to snag David West from the Hornets in a sign-and-trade, before the story leaked and Larry Bird stole West from Ainge. But almost getting something great done means little in the end in the NBA.

The truth is that the Spurs have always been a step ahead of the Celtics. While the Celtics were still drafting undersized shooting guards who were  good in college hoping they play in the NBA, the Spurs were taking undervalued international players who became stars. Off the top of my head the Celtics have drafted American born shooting guard busts four times when a much better international player was available. Clack over Manu. Forte over Parker. Pruitt over Marc Gasol. And Giddens over Pekovic or Asik.


So whenever you hear arguments like it's hard to improve a team picking outside of the lottey, just look to the Spurs as a counter point and expect more from Danny Ainge. This is the Boston Celtics. One championship in 10 years is good for other cities, but not good enough for us. The Lakers are only one title behind. Time to stop making excuses and just do better. Like the Spurs consistently do.