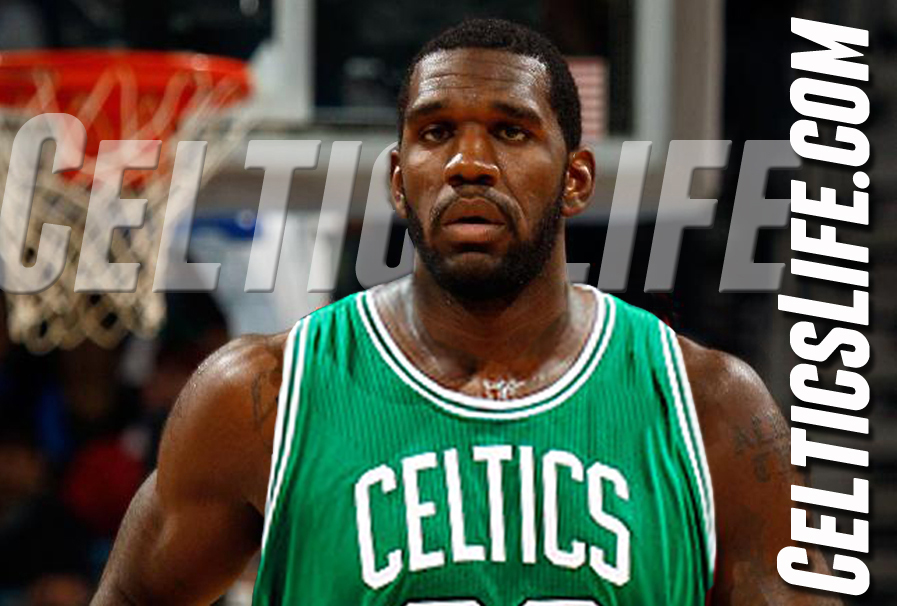 Throughout this off-season we're going to be looking at prospective free agents that could end up fitting a need for the Celtics in our Green Target series.

This afternoon, we're looking at a guy that hasn't played NBA basketball this decade, yet figures to attract interest from a ton of clubs this summer — former Blazers big man, and 2007 #1 draft pick Greg Oden.

Who is Greg Oden?

Surely, you remember Oden. After all this was the guy compared to Bill Russell during his first month in college, and was considered the most can't miss prospect since Shaq. Oden was so highly touted after his one season at Ohio State that he was chosen over Kevin Durant, this despite the fact that Durant was projected as a future scoring champion. He was the next great big man.

If only someone had gotten that memo to his knees. He needed microfracture surgery just months after being drafted, and missed his entire rookie season. He then returned for the 2008-09 season and played his one (semi) full NBA campaign, appearing in 61 games and averaging 8.9 points, 7 boards, and 1.1 blocks per game. No he was not dominant, but he was a defensive presence and at the age of 20, his future looked bright.

Oden was even better during the first 20 games of the 2009-10 season, upping his averaged across the board, to 11.1 points, 8.5 rebounds, and 2.3 blocks per contest. On December 4th, 2009 he looked like an NBA All-Star. On December 5th, his career was changed forever. This time it was a fractured kneecap, a horrendous injury that led to him missing the rest of the NBA season. That summer, while rehabbing, he needed another microfracture surgery and missed the entire 2010-11 season. After being re-signed to a 1 year offer sheet for the 2011-12 season, Oden took part in training camp before the knee started acting up again. On February 21st, 2012 Oden underwent a third microfracture surgery, something no player in NBA history has returned from.

It's now been 16 months since Oden's final knee surgery, and unlike microfracture's #1 and 2, he has given his body plenty of time to heal. He has been working out for months, and says his body is ready for the grind of an NBA season. Of course, after what his knees have undergone, he is an enormous injury risk. But he is also just 25 years old, and will be available at a fraction of the cost of the elite big men options on the market, with an upside nearly as high.

Oden is an unrestricted free agent, and is free to sign with any of the 30 NBA teams this summer. With his injury history it's unlikely his contract will be insurable, meaning many teams will be wary of giving him a hefty financial commitment due to the large risk involved.

Can the Celtics afford him?

At this point, we don't really know, but it certainly appears that he will be in their price range. Oden reportedly has interest in the Heat, this despite the fact that Miami can't offer him much in terms of guaranteed money. Of course, Oden may take less to join the two time champs than he would for a potential rebuilding club in the Celtics, but the Celtics should have the finances to make this work.

If Boston truly does part ways with Paul Pierce by June 30th, they will be well below the $72 million luxury tax for next season, and could offer the full mid-level exception to Oden (4 years, $21.5 million). They could also offer half of the exception (2 years, $5.6 million), depending on how the market for the big man develops. Oden is a much bigger risk than other players Boston could target with the MLE, but he also has a far bigger upside. The questions is..is Danny Ainge feeling lucky?

How would he fit the Celtics roster?

You mean if he could actually take the floor? Pretty damn well. If Oden has regained even 70% of his athleticism he figures to be one of the best defensive big men in the NBA. He has the size, timing and technique that makes scouts drool, and the fact that he was averaging 2.3 blocks per game in just 24 minutes played back in 2009 shows you what he's capable of.

For the C's, the next few years figure to be somewhat of a transitional period. They are clearly not title contenders, and now enter an interesting stage where they have enough talent to not completely bottom out, but also not nearly enough to beat the Heat. For Ainge, everything needs to be about acquiring assets. That's how Boston put themselves in position to acquire Ray Allen and KG, and that's how they'll put themselves in position to contend again. While Oden may flame out and end up being a waste of $3-5 million, he also may become an unbelievable chip for Boston. If they take the risk, and it pans out, an elite shot blocking center at a very reasonable price is the type of talent that the C's can either use to win games, or use as a monster trade chip to a contender.

With that in mind, Ainge should be all over Oden. Sure, if his heart is set on Miami he may not be obtainable, but Boston has the ability to offer more money, and for a guy like Oden who has yet to truly cash in in his career, that may be enough.