Celtics may acquire trade exception in deal with Nets; how that could help them trade for a star 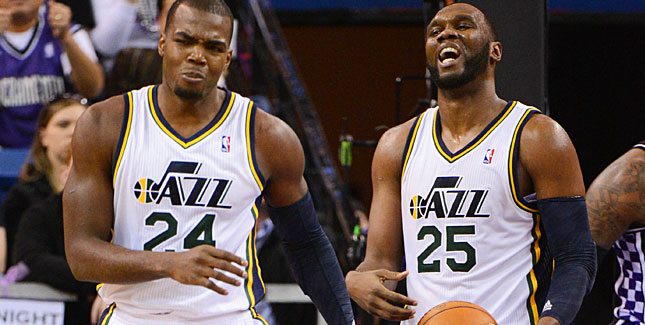 I consider myself to be fairly knowledgable when it comes to the NBA salary cap, but I'll be the first to admit that there are still some areas where I get a bit confused.

This Celtics-Nets deals has so many moving pieces, and involves so many of the lesser known cap provisions, that it takes a PHD in capology to sift through all of the details.

Thankfully, Eric Pincus of HoopsWorld is here to help us out. Pincus broke down the deal, analyzing the ins and outs of the finances, and says that the Celtics and Nets could actually break the deal into three smaller transactions, which will help the Celtics acquire a valuable trade exception.

The Celtics will have to decide how to account for the trade but breaking it into three transactions would yield them the largest trade exception.

The difference between Garnett’s and Bogans’ salary would generate a trade exception of $7,374,735 for Boston.

Additionally, using sign-and-trade on Bogans will trigger a hard cap for the Celtics (which is expected to be $75.5 million next season). The team will have between $68.3 and $72.2 million in guaranteed salary after the deal is complete.


Again, this isn't light reading, but the ability to acquire a $7.4 million trade exception could absolutely help the C's make a major push for a star.

The reason exceptions are so valuable as that they can be traded for a player making the same amount of money without having balance the salaries.

For example if you had a $15 million exception you could trade it along with first round picks in a sign and trade for a max level player. The other team would much rather take the exception back (because there is no salary attached to it) than $15 million in players.

For the Celtics, their $7.4 million exception could be used to acquire a player making up to $9 million (with the Celtics including draft picks). It could also be used in a bigger deal to bring in a guy like Josh Smith or Paul Millsap.

Using Millsap as an example..let's say the C's and Millsap agreed to a 4 year, $52 million deal (just my guess on what Millsap will get this summer). Without having cap space, the Celtics would rely on a sign-and-trade..and with the exception, they could do something like this.

$7.4 million exception for Marvin Williams (who makes $7.5 million next year in final year of the deal)

Utah does this deal because they pick up two first round picks for Millsap, who's most likely leaving anyways, and they only have to take on $6.5 million in salary to do it (Humphries/Crawford make $14 million, Williams makes $7.5). If the Celtics didn't have the trade exception the Jazz would need to take on the entire $14 million next season, which makes the deal less appealing on their side.

This is just one of literally dozens of possible trades the C's open themselves up to.

Maybe they go after Monta Ellis or Eric Gordon or Smith or Big Al. Whoever Danny has his eye on becomes more realistic with this trade exception in his back pocket.

As Pincus notes, this is how he sees it shaping out, not necessarily 100% set in stone. The full details are unlikely to be released until July 10th, but if Ainge has the ability to garner this exception, you have to think he knows that and is working to make sure it happens.