What the Hell Happened to...Jumaine Jones? 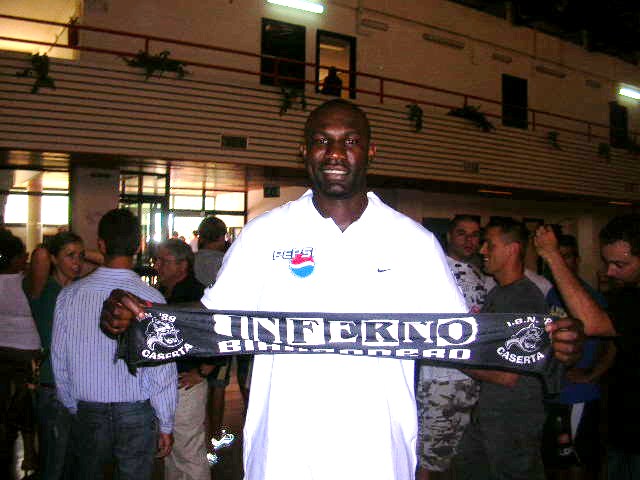 He was the 27th overall pick out of Georgia in the 1999 draft, selected by his hometown Atlanta Hawks.  That was after having played his high school ball in Georgia.  It might have felt like it was supposed to be a fairytale ending, but it wasn't because he was traded draft night to the 76ers.  You definitely remember Jumaine Jones. 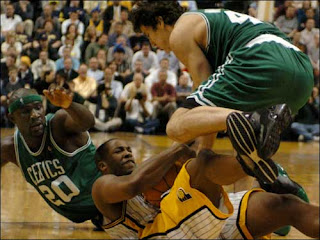 He had actually proved to be quite productive in the 2001 playoffs for Philly.  Unheralded, in a game vs the Raptors in the second round, he stepped in for George Lynch in his first career start and produced.  The Sixers won.  Many will forget when the Sixers made their amazing run to the 2001 Finals behind Iverson, Jones actually started for the injured Lynch, all the way through Game 4 of the Finals that year.  (Of course along with the 07 Cavs, those were the two weakest teams I've ever seen make the title round in the past 30+ years.)  I like how he started every game and then in Game 5 (the closeout game where Philly lost) they decided to bring Jumaine off the bench. 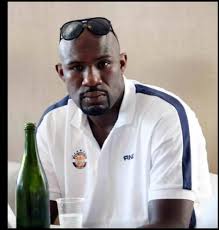 Amazingly enough after playing in 23 playoff games for the 01 Sixers, the last 2 NBA playoff games Jumaine Jones participated in was for the Celtics, 9 short seasons ago.  That was the annihilation at the hand of the Pacers where the Celtics looked like they should be in a different professional league than Indiana (I've never seen a Celtic team as outmanned in the playoffs as that one was.  This includes 89 when Bird was injured and 95 vs Orlando).

He was on the Celts for a short period of time, acquired from Cleveland for future WTHHT standouts Bruno Sundov and J.R. Bremer, but wouldn't last past the following season.

He'd be shipped to the enemy along with Chris Mihm and Chucky Atkins for Gary Payton and the draft pick that turned into Rajon Rondo.  Did you forget that trade?  The enemy doesn't! 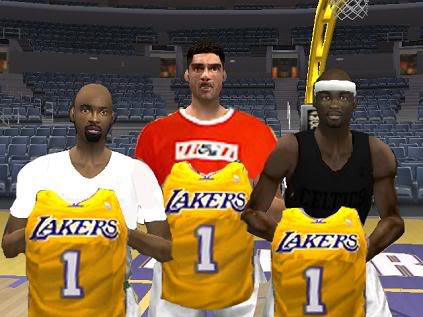 He'd play 75 games with the Enemy in 2005 (yep that's right, a team that didn't make the playoffs even though Bean was in his prime).  He'd play with Charlotte and Phoenix the next two years and has been out of the NBA since 2007.  Even though it's been awhile since Jumaine played in the NBA, he's still playing basketball professionally.  Check it out: 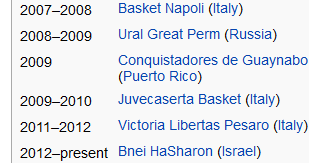 In June of 2013 Jumaine signed with Mets de Guayanbo in Puerto Rico. 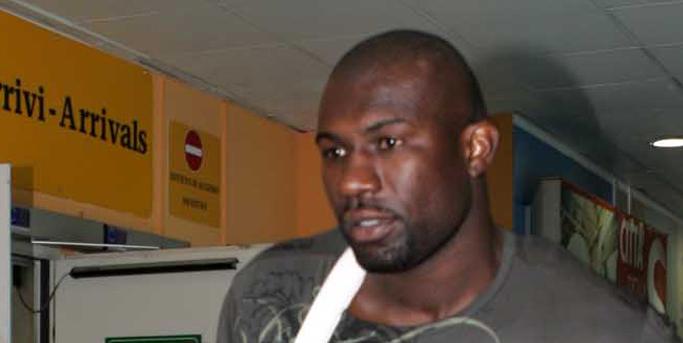 Jones was one of those athletic wing guys the Celtics seemed to stockpile during the Paul Pierce era.  Kedrick Brown and Jones were supposed to contribute but didn't really.  Of course they had Joe Johnson too but that's a different story.  Jones would occasionally knock down the corner 3 but was known more as an athletic slasher than a shooter.  In my mind, Jones is the epitome of the average NBA player.  Average height, average skills, average ball-handling ability.  Nothing exceptional.  Although kudos to his 01 run with the Sixers.  If only he could've helped muster them past the Enemy, we'd be looking at all-time titles, Celtics 17-15.

Always stay tuned to Celticslife for the most up-to-date information on Jumaine, after his plaing career concludes.