What the Hell Happened to...Chris Ford? 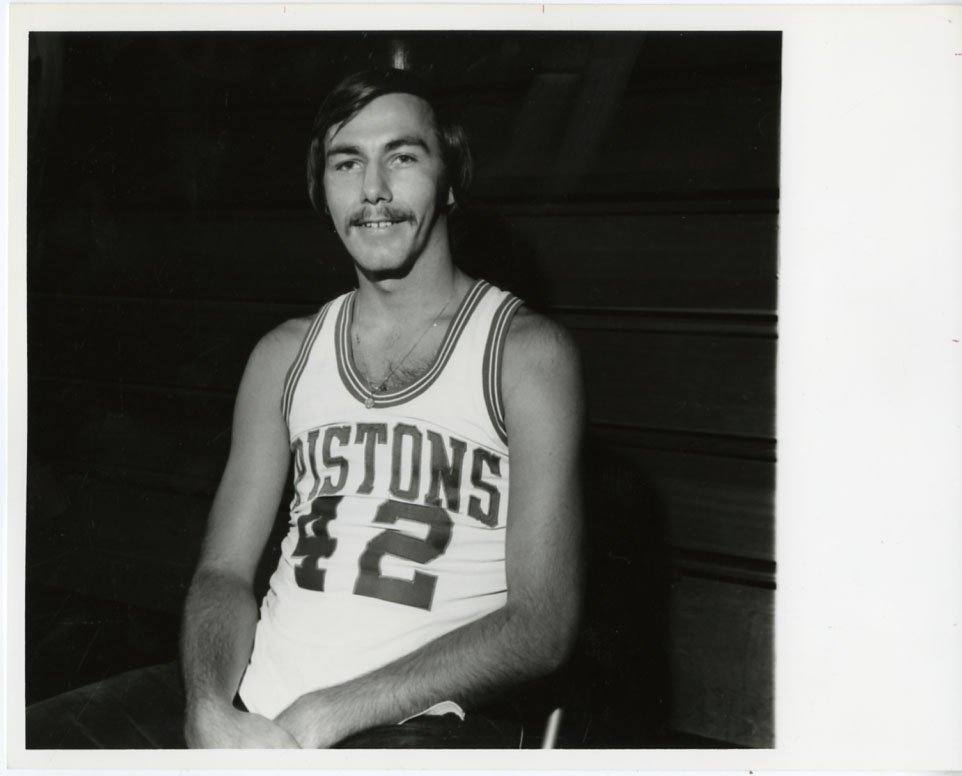 He was a scrappy guard who never came close to making an All Star team, but was always a solid contributor (including being the starting 2 guard on the 81 title team).  He's the answer to a famous NBA trivia question.  After his playing career, he became a Celtics assistant (where he rocked a mean perm a couple of years).  If you think Glenn Rivers was the first guy to go by "Doc" as the head coach of the Celtics, then you definitely don't remember Chris Ford.

After a successful high school basketball career in Absecon, NJ, Ford would attend Villanova.  While there he helped lead the Wildcats to the Elite 8 during the 1970 NCAA tournament but while playing St. Bonaventure, and fell into the knee of star center Bob Lanier.  Lanier was hurt and would be unable to play in the Final 4 for the Bonnies, who lost to Artis Gilmore and Jacksonville.  If not for the unusual injury, they may have won.  In 1971 Ford started as a junior for Villanova for the team that lost to UCLA, 68-62 in the title game.  Chris had 10 assists in the Finals loss and averaged just under 14 ppg for the season.  During his senior year he'd average 17.9 ppg.  He would be picked with the 17th overall pick in the NBA draft by the Pistons in the 72 draft. 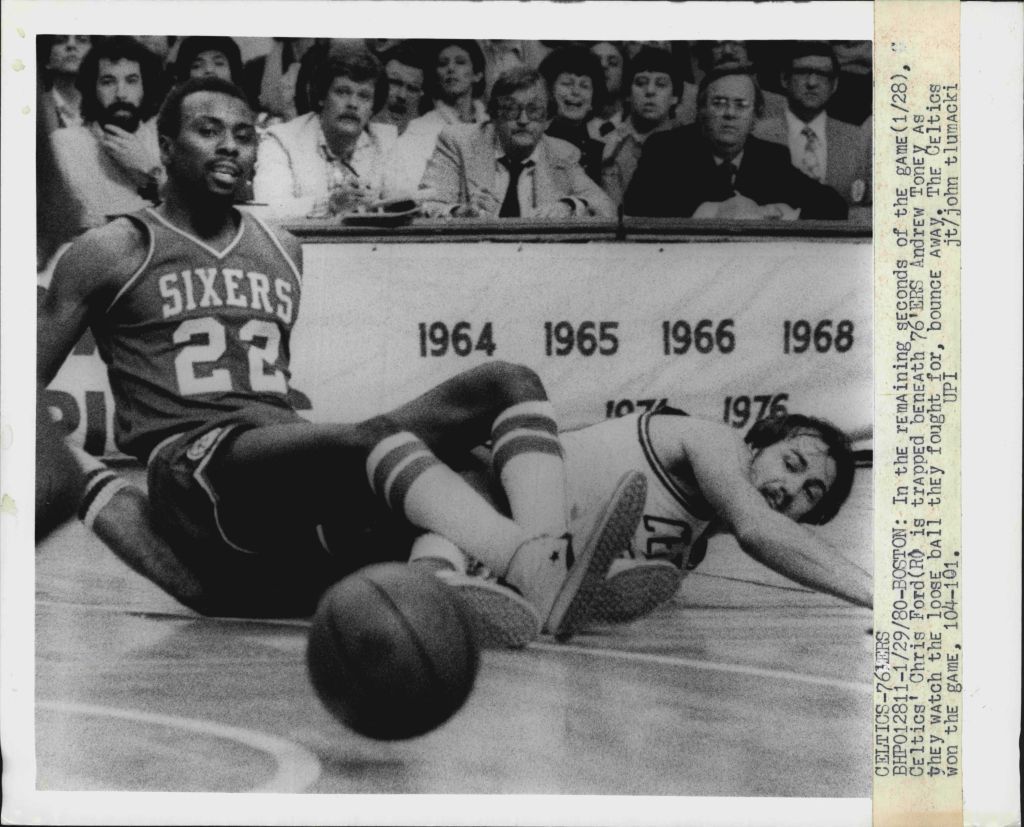 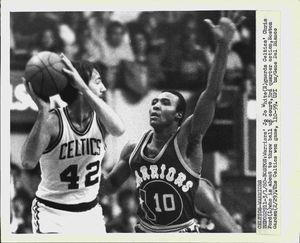 He'd play 6 seasons for the Pistons ironically along with "Buffalo Bob" Lanier, the same person he injured during that pivotal game in college.  In October of 78 Ford was traded to the Celtics along with a future second round draft pick ( who would turn out to be Tracy Jackson) for Earl Tatum.

Thinking back on it, Chris was one of the last starting guards to have more of a set-shot than a jump shot, and yet he was still effective.  He split time with ML Carr and Gerald Henderson, who provided bench support on that 81 title team.

The famous trivia question Ford is the answer to?  He was the first player to make a 3 point field goal in NBA history.  On October 12, 1979 in Boston Garden vs the Rockets, Chris scored 17 points in the contest and hit the only three pointer for the Celtics in a game that featured outstanding shooters Larry Bird, Rick Barry (who made 1 also but after Ford), Calvin Murphy, Rudy Tomjanovich and Mike Dunleavy.

After retiring after the 1982 season, Chris was quickly back on the Celtics' sideline as an assistant coach, first under KC Jones where he won titles in 1984 and 1986 and secondly under Jimmy Rodgers.  When Rodgers was fired after the disastrous loss to the Knicks in the 1990 playoffs, the reigns of the team were given to Ford, his first opportunity as head coach.  He wouldn't dissapoint.

Chris was a very good coach during his time in Boston, helping rejuvenate the aging Larry Bird, Kevin McHale and Robert Parish with an infusion of youth, including Reggie Lewis, Kevin Gamble and Dee Brown.  His motto was "run, run, run!"  If the old guys don't get down there, they won't get the ball.

During Ford's first season as coach, the Celtics would have the best record in the East and Chris would be elected to coach the Eastern All Stars (They started that season a blistering 29-5. If Bird doesn't hurt his back that year, I still stay Chicago doesn't win the whole thing).

Ford had a great line after Bird's magnificent Game 5 in the 91 playoffs vs Indiana (with tears in his eyes):


It was courageous what Larry did...he is the leader of the Celtics and always will be as long as he is playing here.

Ford would remain with the Celtics as coach through the 1995 season, guiding the Celtics to the playoffs in 4 of his 5 seasons.  He'd be replaced by ML Carr for the 1995-96 season as the push to tank for Tim Duncan was underway.


And then there was the nickname, "Doc."  I guess when you have a common name like Chris Ford, a nickname is needed.  So Bird and McHale, amongst others, called Coach Ford "Doc."  Why you may wonder?  It was because one time Ford actually threw a dunk down on Doctor J (which would make him the second WTHHT player we remember with such a feat).  It stuck.  During his entire time of coaching the Celtics, Bird and McHale would only call him Doc.

After that he had a stint as the head coach at Brandeis College, a Division III college in a suburb of Boston, from 2001-2003.  His last NBA head coaching job was with the 76ers in 2004.  Afterwords he served as a scout for the Sixers.

Amazingly enough Chris is still involved with the NBA today, and is tied into this current series between the Celtics and Knicks.

Apparently Ford gave Woodson his break into the NBA coaching world and Woodson reciprocated by extending an opportunity to Ford.

It's a shame Chris had to associate himself with the Knicks but based on the article, it makes sense considering the rapport he built with Woodson.  Nevertheless, Chris will always be fondly remembered for his contributions in Boston as both a player and coach, not something that too many folks can proudly say.

Special shout-out to Cort Reynolds for filling in some valuable information on Chris' career.  Definitely check out his epic book on the 87 Celtics, "The Greatest Team That Should Have Been" and the Larry Legend Nostalgia Basketball book, located halfway down the page .