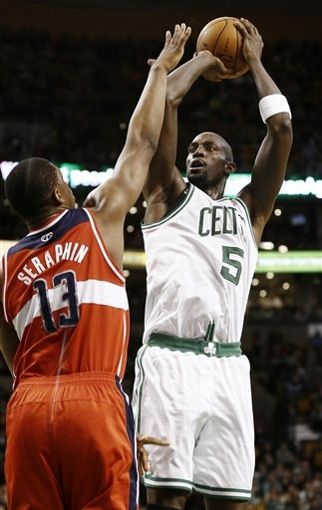 The Boston Celtics defeated the Washington Wizards 107 to 96 tonight at the TD Garden. Pierce and Garnett both returned to the lineup, which gave the entire team a nice boost. This win was a full team win, as 5 players scored in double figures and 3 more almost did. Flat-out the Wizards were no match for the Celtics talent. KG was sharp in his return to the court, but the leader was Brandon Bass. He played exceptionally well and the offense rode his hot hand, scoring 20 points on 9 of 12 shooting. As was expected the leader for the Wizards was John Wall, but his game was definitely affected by the hounding of Avery Bradley’s full court defensive pressure. Wall scored 16 points but didn’t shoot particularly well. The next game for the Celtics is Wednesday night at home versus the Brooklyn Nets.