Avery Bradley should be available for tonight's game 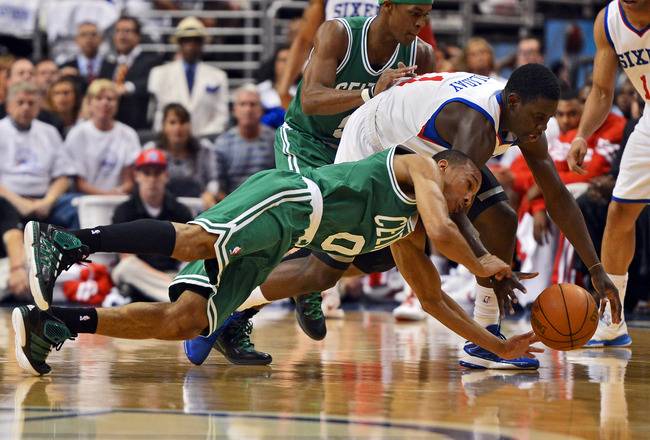 Avery Bradley did not practice in yesterday's off-day practice, due to the effects of the collarbone injury he suffered against the Cleveland Cavaliers on Friday. Doc stated the reason the team kept him off of the floor was because they, "wanted him to avoid contact". Doc did say that he thought Avery would be able to go on Sunday against the Wizards, so right now he would be probable. "I don’t think Avery will practice, just because of his collarbone, but I think he’ll be able to play Sunday," said Rivers, who later playfully added, "He’s going to do film and walk-through, but he’s not going to go through any contact. We want to keep him away from Shavlik Randolph, make sure Shav doesn’t take him out." The Celtics did get back some friendly faces on the floor on Saturday, including Kevin Garnett and Paul Pierce. Both players are battling ankle injuries, and Doc said that their rest is necessary and not the team just doing it.

What you're waiting for; Kevin Garnett and Paul Pierce return tonight. Avery Bradley will play. Bass and Green join them in the starting 5.
— Sean Grande (@SeanGrandePBP) April 7, 2013

Analysis:
This will be the first look at a Bradley/Pierce/Green/Bass/Garnett lineup, and it is a decent test against a surging Wizard team. Whether or not this lineup will persist until the playoffs will be very interesting to see.