What the Hell Happened to...Gerald Henderson?

Long before Avery Bradley hawked opposing 2 guards as an undersized shooting guard, another Celtic, much of the same height and frame, did the same.  In fact he was a member of two championship title teams (81 & 84) and possibly the biggest reason the Celtics were able to win it all in 1984 (his legendary steal was the thing Celtic pride was made of).  Most of you following today's NBA know his son, Gerald Henderson Jr, but this week, for just the second time in WTHHT history (after this guy), we remember a former player whose son is currently in the NBA, Gerald Henderson.

Gerald was actually drafted by the Spurs in the 3rd round of the 1978 draft out of Virginia Commonwealth University.  However he wouldn't make the Spurs roster and would be waived in the Fall of 78.  In the summer of 79 the Celtics swooped in and signed him (big bonus points for anyone able to tell us where Gerald Henderson played the 78-79 season.  Long before the D-League (and even the CBA) guys options were pretty limited.  Did he play in Europe?  He had to have.  Shout out to LamarMatic's blog for discovering that Gerald actually played in the short-lived Western Basketball Association that 1 year.  That was also the only year the WBA existed).

Gerald's first season with Boston would hence coincide with Larry Bird's first year, and Gerald appeared in 76 games.  He'd appear in all 82 the next 3 seasons (including the 81 title year) playing around 20 minutes a night, primarily coming off the bench.  If there was ever an original Gamechanger, it was most definitely Gerald Henderson.  He'd help ignite that second unit or not miss a beat with the starters.

Ah speaking of changing games (and series and history!).  Yes, you may remember the steal, the greatest steal in Celtics' history.  I'm convinced it was bigger than Hondo's and bigger than Bird's (remember those 2 guys both had them take place in the Eastern Conference Finals, not the NBA Finals).  I can't describe how amazing it is, but Boston's down 2 points late in the 4th quarter of Game 2 in the 84 Finals.  After dropping Game 1, they're in the perilous position of being down 0-2 going to LA for Game 3.  And then this:

All I can say is "Suck it, James Worthy!"  In the grand scheme of the history of the NBA, if Hendo doesn't make that steal, it's potentially all-time titles Flakers 17, Celtics 16.  Of course the Celtics would go on to win the series after the pivotal Game 4 turnaround in LA, the sauna-conditions of Game 5 where Bird lead the way, and the Game 7 performances of Larry and Maxwell.  However the championship would be short-lived for Gerald in Boston.

Red Auerbach always had a vision and he'd been scheming for a way to get a certain college standout.  With the blossoming of back-up guard Danny Ainge, during October of 84, just a few months after saving the Celtics, Red shipped Gerald to the Supersonics for their #1 draft pick in 1986.  He'd have to wait two years to reap the benefits of the trade but as much as Henderson was liked, it made sense.  Ainge would turn out to be the better pro (even being an All Star one season) and would be the Celtics' most athletic player on the legendary '86 team.  Of course the pick turned out to be the second overall in 1986 and with the Celtics coming off their 16th title and many considering them the greatest team ever (even today), they would be able to draft Len Bias, the player most thought would become the next great superstar in the NBA.  (This is all I will write on Bias, as anytime I write his name I have the urge to climb the roof of my building and swan dive into the nearby parking lot).

Gerald would bounce around a bit afterwards, going to the Knicks, Sixers and Bucks after playing in Seattle (great pic of Gerald Henderson in a Sonics uniform is right here, just scroll halfway down the page).  But he'd get some sweet satisfaction in winning a third title with the Pistons in 1990.  He'd actually play 2 more years after that with the Rockets and Pistons, retiring after the 92 campaign.

Thinking back in hindsight, I love Gerald as a basketball player.  When Avery Bradley began starting recently, I had a doubt in my mind of whether he could pull-it-off, because of being undersized.  Then I thought of Gerald Henderson and convinced myself it could be done and done well.  It doesn't hurt that Bradley's a tenacious defender himself (who has the upside of eventually even surpassing Henderson; of course 2 titles wouldn't hurt).

Henderson represented so much more to the Celtics than the contributions he made on the floor.  He was the rotation guy, moved from the team to allow the Celtics to acquire the Sonics first round pick.  Him being traded also allowed Danny Ainge to blossom in the role of starting 2 guard, much the same way Ainge would pave the way for Reggie Lewis 5 years later [Tangent time: I certainly miss the days of yesteryear where the Celtics would groom big-time talented guys on their bench, wait for the older complimentary players to be moved (think Henderson, Maxwell being replaced by Ainge and McHale).  Overexpansion has dampened that.  Or has that actually been going on this season with Jeff Green?]

Gerald was a solid, solid player.  He didn't venture into 3-point range back then (something that was common) but was a reliable shooter from 16-19 feet on the perimeter.  He was athletic and a pesky defender and would oftentimes battle with guys several inches bigger.  He was a sparkplug for the early 80s Celtics and easily could've been the starting 2 guard for the 82 team that could've won it all (Tiny's injury in the playoffs that year was devastating).

This leads me to a great off-topic point, for any Celtic historians out there.  What's the most disappointed you were for the Celtics in a season for a year they should've won it all but didn't, primarily because of injury?  For me there's 4 clear examples, and I'll throw 2010 in the mix* too.


[I mean I can make an argument for each one.  68 wins in 73, the most in franchise history.  18 games won in a row in 82.  Homecourt advantage in the Finals vs Lal in 85 (thanks Mike Harlow). 87 being without Bias and the broken foot to McHale, sprained ankles to everyone else, gutting through 2 slugfests vs the Bucks and Pistons, or 2010, with Perk missing Game 7.] 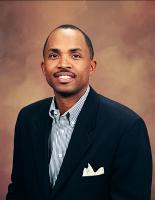 Back to Gerald, the most recent news on him, other than his son Gerald Jr playing in the NBA with the Bobcats, was that he and his wife headed up a real estate firm in Blue Bell, PA.  Imagine a WTHHT Real Estate Starting 5 of Henderson and Corchiani in the backcourt, with a bruising, big-man lineup up front of 6'11 Greg Kite, 6'11 Acie Earl and 7'0 Rick Robey?  Amazing stuff.

But alas, it seems Gerald has since gone in a different direction!  He heads up Henderson Energy Consulting which according to their website is a hybird energy & engineering consulting firm that has been around since 2007.  Certainly he also played a pivotal role in helping Gerald Jr get to the NBA, where he's quickly becoming a very good player in his own right for Charlotte.

*2010 will undoubtedly win this poll by a landslide since many of our readers tend to go with what they remember most recently.