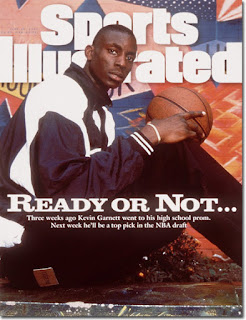 After passing Jerry West for 15th on the NBA's all-time scoring list on the same night that teammate Paul Pierce overtook Charles Barkley for 20th place, Kevin Garnett got a little emotional.  In his post game interview KG offered a rare glimpse into his longtime friendship with Pierce: 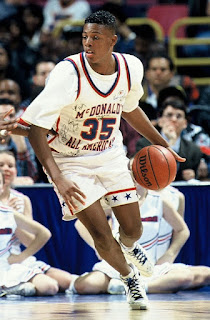 Then finally being able to follow our dreams, McDonalds, having some duration together, trying to go to the same school then obviously going different paths then finally meeting up here in Boston, winning a championship, doing the things we’ve been doing since we’ve been here. Twenty-thousand points, surpassing people we watched when we grew up and everything, obviously idolizing – it’s special. It’s best to do it with a personal friend.

Not just a teammate but a real friend. Someone that knows you, knows your family, knows where you come from and vice versa. Knows the things that motivate you and push you. I always tell people I’ve got the greatest seat in the house to watch one of the best players in NBA history put the ball in the basket every night. It’s special to be able to do it with him.”

On the right is the June 26, 1995 issue of Sports Illustrated with Garnett on the cover, and Pierce playing in the McDonald's All-American Game that same year.  Below is a clip of Garnett's complete interview from last night (and Pierce's take as well), thanks to WEEI's Ben Rohrbach. 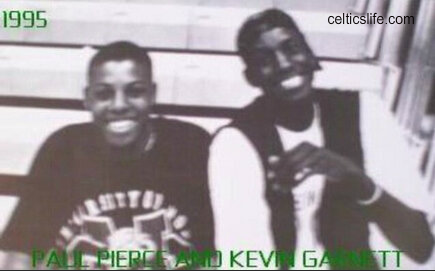