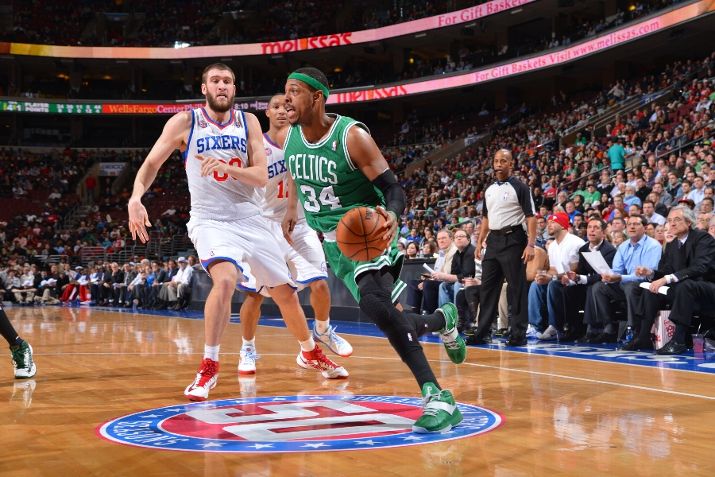 The Celtics entered tonight's game in Philadelphia in a very intriguing position in the Eastern Conference playoff race. While the Miami Heat are certainly out of reach, and the Pacers and Knicks are in great position to grab the #2 and 3 seeds - the Celtics suddenly find themselves just one game back in the loss column of the Bulls, Hawks, and Nets. So while they have been sitting in the 7 spot for quite some time, home court advantage in the first round of the playoffs is staring them right in the eye. Of course to catch all three of those clubs, the C's would need to start winning on the road at a much better clip (10-18 entering the game). While winning at home is essential, winning 36% of your road games is just not good enough. For tonight at least - the Celtics got that message.

Boston went into Philly and beat the Sixers 109-101, behind Avery Bradley's season high 22 points (to go with 7 rebounds and 5 assists), and a fantastic all-around night from Paul Pierce, who finished with 18 points, 11 boards and 7 assists. The Celtics also got a boost from their bench, which outscored Philly 41-22. Read on for the details.

The Celtics started off rusty, especially on the defensive end. Philadelphia had 19 points in the first six and a half minutes of the game, 14 of those coming in the paint. The C's were down 19-13 early on, and it would have been worse if it were not for Kevin Garnett (6 points in the first 3 minutes). Doc Rivers used a timeout, seemingly frustrated with the teams lack of interior defense, and the Celtics came out of the break on fire. Jeff Green entered and quickly scored 7 points, energizing the C's by running in transition every chance he could. Chris Wilcox also continued his good play of late, grabbing four quick boards off the pine. The Celtics led 26-23 at the end of 1.

As the 2nd quarter began, a lay-up line broke out. Both teams got to the basket at will, causing TNT broadcaster Mike Fratello to jokingly ask "Are we watching an All-Star game right now?". While the pace was fun to watch - it was also concerning to watch Evan Turner, Jrue Holiday, and Thaddeus Young do whatever the hell they wanted to the Celtics defense. Thankfully, Philly still has an Andrew Bynum sized hole in the middle of their team, and the Celts were able to keep pace. 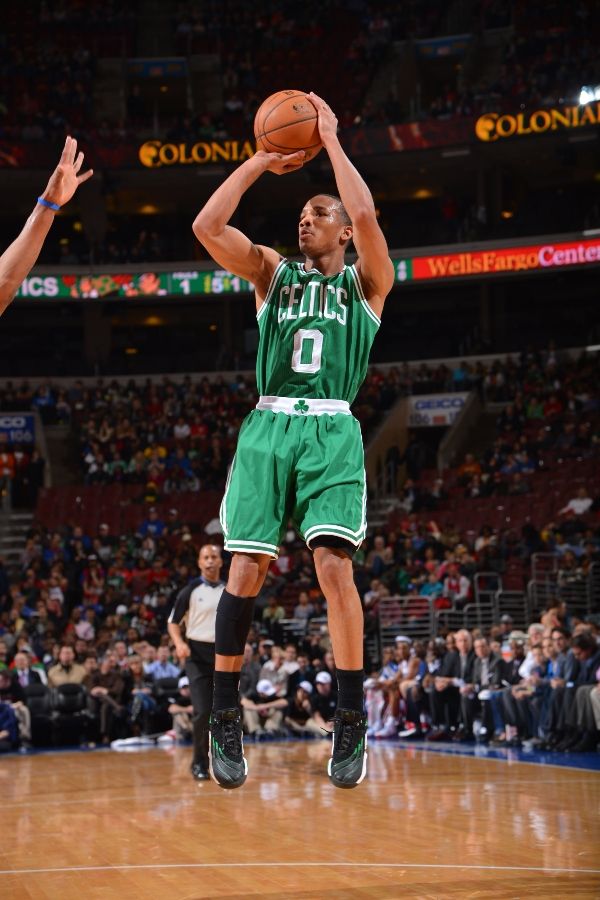 The Celtics M-V-P in this one was undoubtedly Avery Bradley. Bradley, who has gained league wide notoriety for his defensive abilities, instead spent the first half shining on the offensive end. In 16 minutes of action Bradley scored 14 points (6-7 shooting), dished out 4 assists and grabbed 3 rebounds. He also knocked down two three pointers and made the play of the first half, tying up Jrue Holiday with less than five seconds to play. Bradley backpedaled nearly the length of the court as Holiday (one of the league's fastest players) drove towards the hoop, and then as Holiday looked to attack the rim, Bradley somehow got in front of him, reached in with his left hand and stole the ball. The ball did touch Bradley before rolling out of bounds - but that does not change the fact that Bradley's 'All-Defensive team' capabilities were on full display. The Sixers would not score on the inbound, and the C's took a 53-46 lead into the locker room.

The fifteen minute or so break between halves did nothing to cool down Bradley, who scored six quick points to start the 3rd quarter, giving him a new season high (previous high was 18 at Utah last week). The Celtics lead grew to 14 after Paul Pierce knocked down his third three of the night, and if weren't for five stolen outlet passes by Philadelphia (who knew the C's wanted to run, and took advantage of quick, lazy passes) - the lead could have been 20.

Philly did close the quarter on a 17-8 run, aggressively attacking the rim and going 8-8 from the line during a five minute stretch to close out the 3rd. A terrible Jordan Crawford turnover gave the Sixers a lay-up right before the buzzer sounded - and Philly had cut the lead to 5.

The game was won for the Celtics during the first four minutes of the final quarter. Boston started the session on a 12-2 run, led by 8 quick points from Crawford. This was just the 2nd time in five games with Boston that Crawford played well, but the trigger-happy guard caught fire just long enough to put the C's back up by 15. While the Sixers would close the gap to 8 a few times, they would never mount a serious run, and the Celtics would win it 109-101.

After having 7 of the past 8 nights off, the Celtics will play 6 times in a 9 night span (starting tonight). Next up - the Pacers, in Indiana, tomorrow night.